Bord Gáis questioned the need to proceed with Irish Water's €540m metering programme as a means of billing customers for water use, according to documents seen by RTÉ's This Week programme.

Senior officials at the semi-state company, which was given the task of setting up Irish Water, told the Department of the Environment they did not see the need to have more than 1,000,000 meters installed across the country as a pre-requisite to charging users for water.

This evening a spokesperson for environment minister Alan Kelly defended the use of water meters, saying they will be used as part of the charging system.

According to Irish Water, data based on meters already installed indicates up to 35% of households can beat the caps, i.e. if the bill based on consumption is less than the cap, that is what they will pay.

A spokesperson for Alan Kelly also said the metering programme will be used to identify leaks in the system, adding that a number of substantial leaks have already been identified through this process.

The spokesperson also said that metering is essential for water conservation.

The revelation that Bord Gáis questioned the merits of the timeline for the metering programme is contained in a memo, which was recorded at a high-level meeting between officials at Bord Gáis and the Department of the Environment.

The meeting took place on 11 May 2012, just weeks after Bord Gáis had been appointed by the Government to set up Irish Water, and at the start of a critical phase in the establishment of the controversial new utility.

The memo of the meeting was recorded by a senior official at the Department of the Environment.

Bord Gáis told the department it "didn't necessarily see the link between metering and charging initially" for domestic water use.

The company, which is now called Ervia, expressed the view instead that "revenue and billing generation could potentially be seen as a priority before metering is delivered".

The alternative to charging customers based on metered use from the start would have been to apply a flat or assessed charge per household.

However, the record shows that department officials told Bord Gáis at the meeting this was not in line with the approach that Government wanted to take. 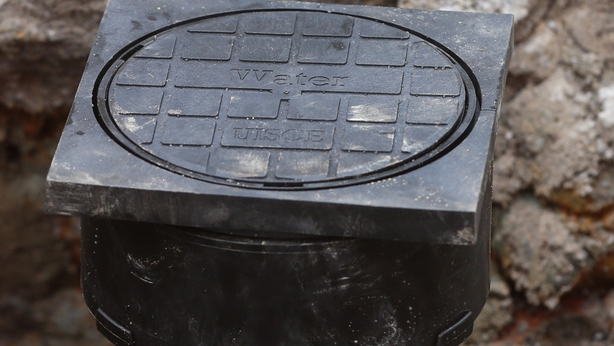 The note goes on to say that Bord Gáis wanted to "further consider the metering programme and come to a view on it themselves".

The spokesman for the Department of the Environment told RTÉ's This Week the memo from the meeting on 11 May 2012 "reflects the fact that following the appointment of Bord Gáis, departmental officials were bringing Bord Gáis up to speed on the work which had been progressed to date and decisions of Government. It is reasonable that Bord Gáis in this early stage would interrogate all aspects of the reform programme to come to a full understanding" of the overall implementation plan for Irish Water.

The statement added: "While it is a technical point that charging was not dependent on metering - as other forms of charges could be looked at - the department was simply pointing out agreed Government policy was that metering was to be introduced".

The memo of the meeting was obtained by RTÉ's This Week programme under a Freedom of Information request.

Information gaps for meetings between Bord Gáis and department

However, there are significant information gaps in terms of what was discussed at meetings between the Department of the Environment and Bord Gáis in the first six months of the roll-out of Irish Water.

According to a list of meetings obtained by RTÉ, there are no notes or minutes available for more than half of the 23 meetings which took place between Bord Gáis and the department during the first six months of Irish Water's critical set-up phase, in the period from April to September 2012.

The records show that the Department of the Environment did not record any notes or minutes for 13 of those 23 meetings.

The meetings for which there are no available records include two meetings held between Bord Gáis and the then-minister Phil Hogan. 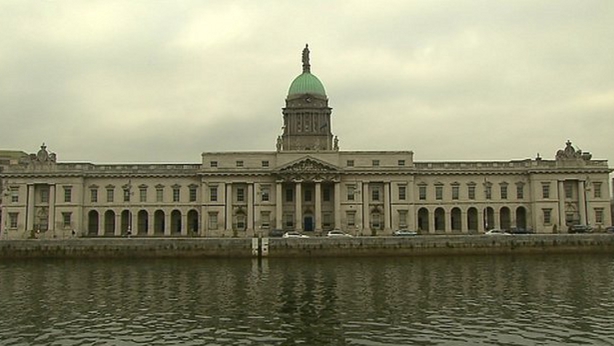 There were no official notes or minutes recorded in relation to any of the four meetings held between the department and Bord Gáis over the two weeks prior to that meeting on 11 May 2012, when Bord Gáis questioned the need to roll-out the metering programme before billing.

There were also no notes or minutes recorded at the meeting which took place immediately after that 11 May discussion, less than one week later.

Most of the meetings for which there are no notes or minutes available were described as 'checkpoint meetings' between Bord Gáis and the department.

However, two meetings took place that also involved minister Phil Hogan, on 28 June 2012 and again the following month, on 12 July, from which no notes or minutes of discussions were generated.

The department also failed to produce any notes or minutes relating to a meeting in June of 2012 with the water regulator CER, Bord Gáis and New Era, with whom the department was engaged in discussions at the time about the likely cost of metering, which would have to be paid via customer utility bills.

Of the 10 meetings in which there are notes or minutes available, half of these have just one page of typed text.

Asked whether the absence or brevity of records raised questions over the Department of the Environment's governance and accountability in relation to discussions with Bord Gáis, a spokesman for the Department said that there are "strong governance and oversight arrangements in place, which cannot be fully judged from the perspective of single issue meetings".

The spokesman said the development of the Irish Water implementation plan "required the involvement of all key stakeholders, for example workshops with local authority and CER input, and assistance from PWC in defining appropriate programme management structures and governance.

“As part of this process there was a series of meetings with BGE - these ‘checkpoint meetings’ were exchanges of information and noting of progress - leading to the department's Irish Water implementation plan and the detailed Bord Gáis Project initiation document (PID).

“Implementation plans were supported by a memorandum of understanding, with key stakeholders reflecting their roles and responsibilities, deliverables and interactions with the department".

The spokesman added there was a hierarchy of meetings between different stakeholders, of which the so-called 'checkpoint meetings' were generally reflected in updates of programme monitoring records.

"If a meeting was simply a briefing on issues, there would simply be a record of it having taken place and may be follow-up emails on exchange of documents".

However, the statement did not address the absence of minutes or notes relating to meetings between the minister and Bord Gáis, or with New Era and CER. 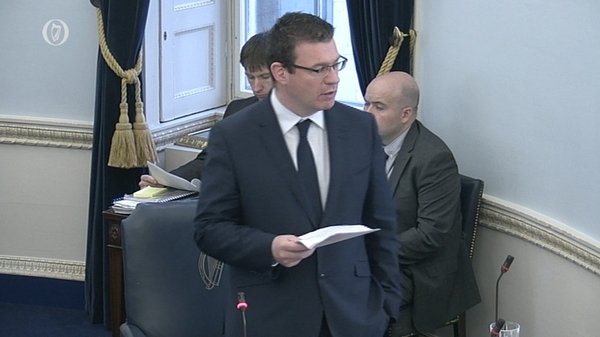