Cuban President Raul Castro has hailed the removal of an "obstacle" in US-Cuba relations, saying he is ready to discuss any topic with the United States after the historic bilateral rapprochement.

"The Cuban people cheer this correct decision of US President Barack Obama. It represents the removal of an obstacle in relations between our countries," he said in a speech closing the twice-yearly meeting of parliament.

Mr Castro chaired the gathering, which unanimously ratified the deal between Havana and Washington on Friday, in a session largely focused on the communist island's historic renewal of ties with Washington.

Cuba and US work to restore diplomatic ties

The US and Cuba made the breakthrough in their Cold War stand-off on Wednesday, launching measures to ease a five-decade US trade embargo as well as a prisoner exchange.

"We reiterate our willingness for respectful and reciprocal dialogue concerning disagreements," Mr Castro said, adding that Cuba "accepted dialogue ... on any topic about all things here but also in the United States."

On Friday, US President Barack Obama insisted he shared the concerns of Cuban dissidents and human rights activist "that this is still a regime that represses it people.

"But through engagement, we have a better chance of bringing about change than we would have otherwise."

However, the US president said he did not "anticipate overnight changes". 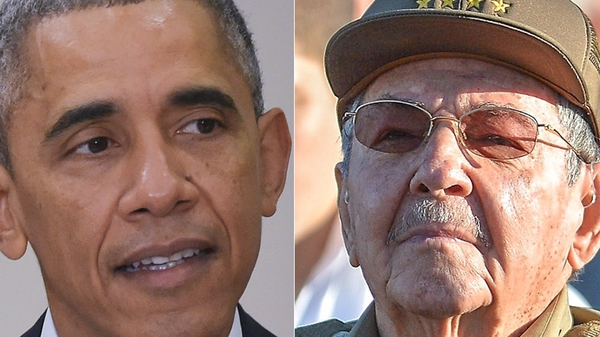