The man at the centre of the Sydney café siege, Man Horan Monis, was not on a terrorism watchlist, Australian Prime Minister Tony Abbott has said.

The self-styled sheikh behind the siege had been charged as an accessory to murder and with multiple sexual offences.

He also harboured deep grievances against the Australian government and was seen as deeply troubled by his local community.

Man Haron Monis, an Iranian refugee described by those who knew him as a loner, was killed after heavily armed police stormed the Lindt Chocolate Café to end a 16-hour hostage drama that made global headlines.

Two captives and the attacker were killed after police stormed the café.

Last year, Monis was charged as an accessory to the stabbing murder of his ex-wife, who was set alight in a Sydney apartment block.

He was charged this year with more than 40 counts of sexual or indecent assault against women in Sydney, according to court documents.

He was also found guilty in 2012 of sending threatening letters to the families of eight Australian soldiers killed in Afghanistan and sentenced to two years in prison, although he served only a portion of that penalty.

Those charges and the conviction, as well as public statements Monis made on his website, have raised questions in Australian media about whether authorities should have done more to monitor him.

When asked by a journalist whether it was appropriate for Monis to have been granted bail for the murder charge, New South Wales state Premier Mike Baird declined to comment.

Monis' website, now taken down by authorities, paints a picture of a man unravelling, enraged by Australian courts and by perceived injustices against Muslims in Iraq and Afghanistan.

He also railed against what he said was a decision by a court to prevent him from seeing his children.

"He was a very, very, very unusual guy and he had no affiliations with any group. He operated alone. He was a lonewolf," Mr Houda told Reuters.

A source close to Sydney-based Islamists, speaking on the condition of anonymity, said Monis did not belong to any local radical group and that leading figures held him in contempt.

Monis left Iran in the late 1990s after coming into conflict with authorities there, said lawyer Manny Conditsis, who represented him in the murder case.

Monis' website shows graphic images of children that he says were killed by US-led coalition air strikes, as well as media coverage following his court appearances and statements addressed to the Muslim community and Mr Abbott. 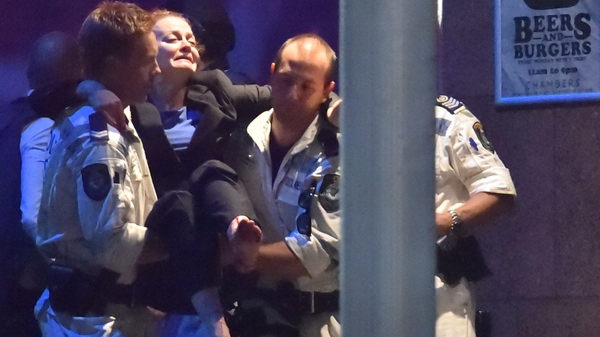