The Economic and Social Research Institute has said the top 10% of earners gained the most from Budget 2015, while the biggest losers were the poorest 10%.

However, when the effects of all the Budgets since 2008 are put together, it is the top 10% of earners who have seen the biggest fall in their incomes.

The ESRI said the effect of Budget 2015 and the revised water charges scheme is close to neutral, increasing average incomes by less than 0.1%.

But within the range of incomes there are clear winners and losers. 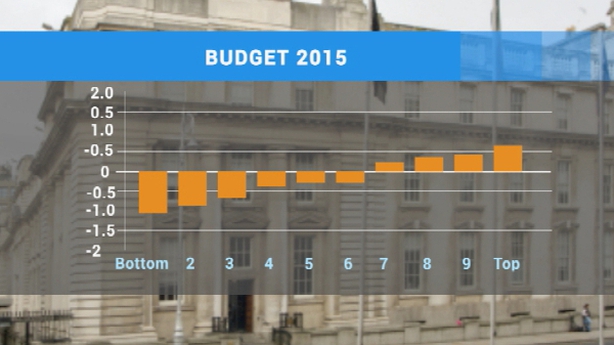 The biggest losers are those in the bottom 10% of incomes, with an average loss of just over 1%.

Overall, the first six deciles lose income, while those in deciles seven to ten, the upper end of the earnings distribution, gained from the Budget.

However, the cumulative effect of austerity budgeting since 2008 is a different story, with the top 10% taking the biggest fall in incomes - down 15.5%. 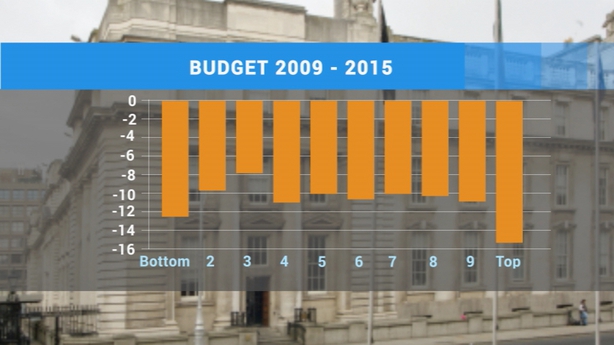 In terms of household types, single unemployed people with no children saw the biggest income fall from the austerity budgets, with incomes down by 22%.

Pensioners were least affected, with income falls of between 5% and 6%.

The author of the ESRI paper described Budget 2015 as "regressive".

Speaking on RTÉ's Morning Ireland, Tim Callan said: "The Budget on average is fairly neutral if you compare it with a Budget that is simply indexed with price and wage inflation, which are both pretty close to 1%.

"But no matter how you cut it, whether you do compare it to that or in the Government's own way of accounting where they simply freeze tax and welfare parameters, you'll still find that regressive pattern - that graph going from small losses to small gains."

A spokesperson for the Nevin Institute said that basic welfare payment rates and cuts to public services need to be looked at in order to reverse the "regressive" budget pattern.

"Firstly there are issues around welfare clearly because those are the impacts at the bottom of the income distribution - they've been pretty static for some time as prices rise there is going to be challenges there so we do probably need to revisit basic welfare payment rates.

"There is clearly issues around public services as well when we look at it there have been enormous cuts to public services over the past few years they impact on low income households as well."

Minister for State Simon Harris has described the ESRI report as another body of thought and said it is important that the Department of Finance examine it and the assumptions underlying it.

When asked about the findings that the Budget favoured those on the highest incomes, he said the Government would make no apologies for policies that make it pay for people to go to work.

He added that reducing unemployment is the Government's top priority. 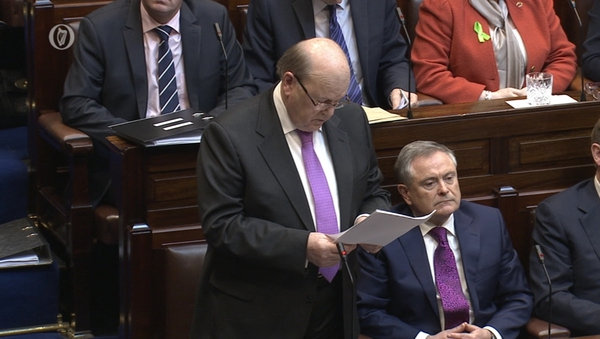