Learner drivers who take to the road unaccompanied are to be given penalty points for the first time.

It is one of a number of changes to the points system announced by Minister for Transport Paschal Donohoe.

Other measures include tougher penalties for motorists who engage in dangerous overtaking or who fail to obey traffic lights.

Last year saw the first increase in road deaths in Ireland for several years, with 190 people losing their lives.

This year is on course to see a similar number.

Two offences which previously involved a court appearance have now been brought within the fixed charge notice and penalty points system: using a vehicle without an NCT and parking in a dangerous position.

Mr Donohoe has said he is "certain and confident" that the penalty points system that is now in place is robust.

Speaking on RTÉ's Morning Ireland, he said: "All of this is being done on the basis of evidence and feedback we've received, from either the Road Safety Authority or An Garda Síochána.

"The feedback that we have got is that while we are making progress overall in road safety and making our roads safer for pedestrians and people in cars, we do have an issue regarding the risk that either 'L' or 'N' plate drivers can have, and for that reason we've made this change."

Conor Faughnan of AA Ireland has called on the Government to commit to extra garda resources to enforce Ireland's road safety laws.

He told RTÉ’s Six One news that changes announced today, are "potentially terrific" if they are enforced otherwise he said it could turn out to be a paper exercise.

Mr Faughnan said that in 2013 levels of garda enforcement diminished.

He cites this as the single biggest reason there was no improvement in reducing the death toll on Irish roads. 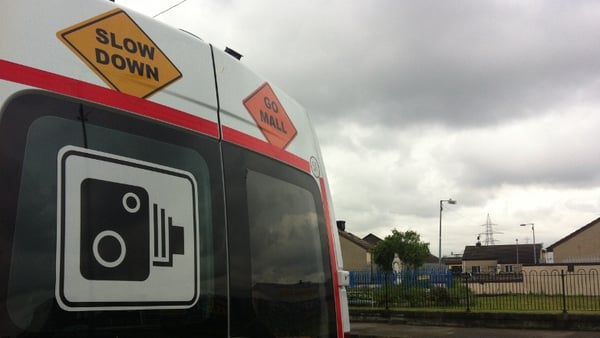