President Michael D Higgins has visited the historic Great Wall site near Beijing during his official State visit to China.

The President, accompanied by his wife Sabina and the Irish delegation, travelled to the section of the wall in Badaling, which dates from the Ming dynasty in 1504.

The President signed the visitors' book and there was an exchange of gifts. 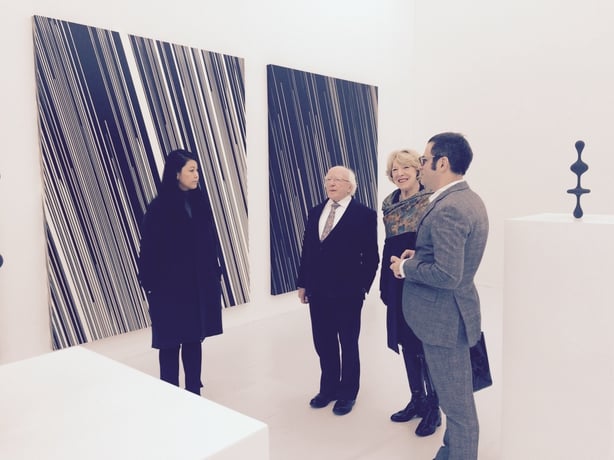 He also opened an exhibition of Irish design entitled "The Weathering" in the 798 artistic community in Beijing.

This evening Minister for Finance Michael Noonan will host an IDA Ireland dinner, which will be followed by a cultural event at the Forbidden City Concert Hall. 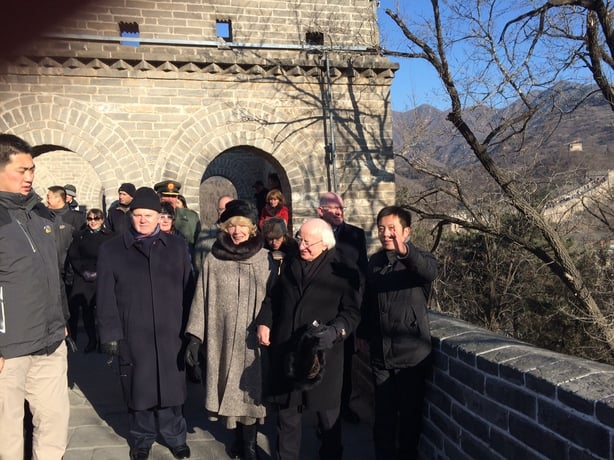 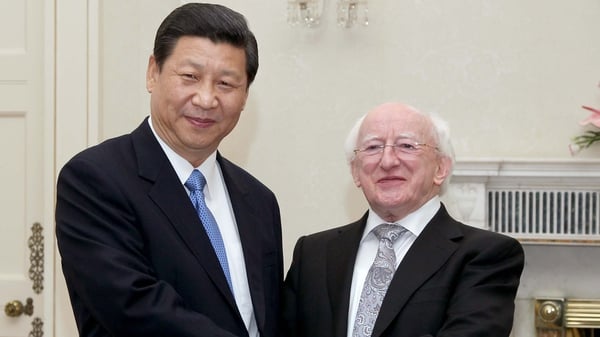