The Carers Association of Ireland has said that there are many cases like that of Anthony Doolan, who had his carer's allowance payment cut and then restored after protesting.

The case of Mr Doolan was featured on RTÉ News on Friday after which his payment was restored.

Speaking on RTÉ's Morning Ireland, Catherine Cox of the Carers Association said it was contacted by a lot of people following the report who had also had their payments stopped.

Ms Cox said the association contacted the Department of Health and some of the payments were reinstated, with officials saying that mistakes had been made.

She said the process of reviewing and stopping payments is flawed and needs to be reviewed.

The expert opinions of health professionals and those working with the child needs to be taken into consideration, she said.

An agreement has been made with the department to meet in the New Year with a view to designing a new and fairer system for the review of the carer's allowance, Ms Cox said.

Until the process is fixed, she said any decision that had been made "based on a desktop review" was unfair and needed to be reversed.

Mr Doolan lost the weekly payment of €174 following a review at the Department of Social Protection.

The grant was removed despite evidence from Paul's GP that he needs supervision and is severely affected by mental health, behaviour, learning and speech problems.

The department's medical adviser concluded that he "was not so invalided or disabled as to require full-time care and attention".

Mr Doolan had been getting the payment since giving up his permanent job in a semi-State company ten years ago to look after Paul, who is now 16.

He drives his son 80km a day to and from Stepping Stones ADA School in Kilcloon, Co Meath. 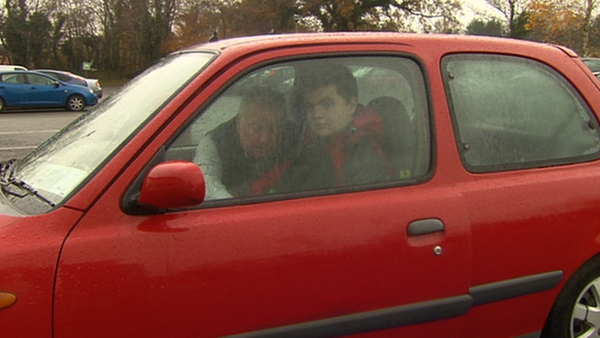