The HSE will have an extra €115m to spend next year in comparison to this year, excluding any savings it can achieve, according to its National Service Plan for 2015.

The HSE has to meet a minimum savings target of €130m for the year, already announced in the Budget and must also bring in €10m more in income collection.

The plan, which was published today, provides €25m to ease the problem of delayed discharges, particularly in the Dublin area.

This includes €10m for the extra 300 Fair Deal beds and €5m for 400 extra home care packages, and other plans.

Another €35m is being provided for mental health services.

The plan provides €5m for 400 extra home care packages to benefit 600 people during the year.

HSE Divisional Service Plans, with more local detail, will be published next month.

Minister for Health Leo Varadkar said the HSE 2015 budget will provide for GP care without fees for the oldest and youngest, as well as an extension of BreastCheck.

The Irish Cancer Society welcomed the additional funding for BreastCheck, however, it warned it is critical that some of the budget earmarked for the extended programme is used to recruit radiographers.

The organisation’s Head of Advocacy & Communications Kathleen O'Meara said: “We want to ensure more radiographers are appointed as soon as possible so the extended screening programme can get under way and detect cancers in women in the upper age group.”

The minister said there is always a risk of a HSE overrun next year and that this is understood by the Government.

This could occur in relation to unexpected medical card demands or an Ebola issue.

Mr Varadkar said if there is an overrun the reasons for it would be examined.

The HSE stated it was not possible to secure funding for the full amount of the 2015 estimates requests and there are some extra service pressures that will fail to be addressed in future years.

The plan also listed a range of capital projects due to be completed next year, but which will not be operational until 2016.

HSE Director General Tony O'Brien has warned any new service developments will not be possible as they would increase the overall health spend.

He has also warned of the risks of delivering on the service plan that include increased demographic pressures above those already planned for 2015 and insufficient capacity of the 'Fair Deal' nursing home scheme to meet demand.

The requirement to reduce agency and overtime spending will also be a challenge.

But he said that the 2015 funding has helped towards "more realistic budgets" and will enable it to maintain current levels of services.

Mr O'Brien said ultimately there could be disciplinary procedures for managers who do not keep within budget next year.

He also said the HSE has to find an extra €100m in savings but if this is secured, the money can be retained for use within the service.

Speaking to RTÉ's News at One, Mr O'Brien said he thought the target for the 2015 National Service Plan was realistic.

He said that for the first time in seven years there has been a modest increase in resources, which will provide funding for a number of important areas which have caused an overrun in the 2014 budget.

The reduced reliance on agency staff equates to around 2,000 people.

No ceiling has been put on the number of staff that the HSE can employ in 2015, in a move away from ceilings and towards the overall workforce budget.

The report noted that the HSE has been given an increase of €625m in the total financial resources available for 2015, however this year's overspend is estimated at €510m and could be higher.

It noted that under new rules next year, any overrun by the HSE in 2015 will become a "first charge" on its budget for 2016.

The Irish Nurses and Midwives Organisation has called for emergency funding to be brought forward to end emergency department overcrowding.

General Secretary Liam Doran welcomed that the budget would maintain this year's level of service, but asked if that service would be adequate.

He said during this year they had seen a growth in the numbers of people on trolleys, extended waiting times for treatment, a reduction in day cases and a contraction of community services.

He said in its view the plan underestimates the challenges.

Mr Doran said it was better than the last seven years, but said that the health service was in such a bad place that it needs additional quantum of funding now. 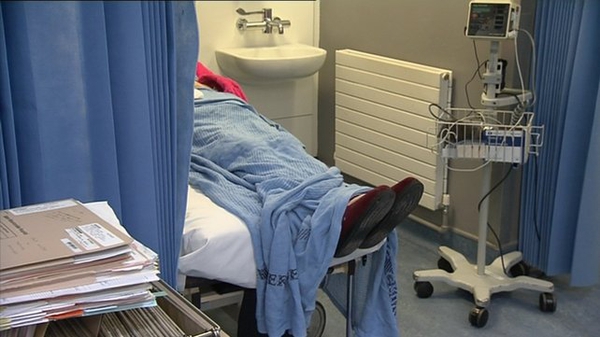