Black teenager Michael Brown was fatally shot by policeman Darren Wilson in Ferguson, Missouri, after an altercation at the side of the officer's car.

After announcing that a grand jury would not indict Officer Wilson in the fatal shooting of the unarmed 18-year-old, St Louis County Prosecuting Attorney Robert McCulloch said the jurors had heard previously unreleased testimony.

After Officer Wilson, in his car, identified the teen as a potential suspect in the theft of some cigarillos and asked him to move to the sidewalk, "words were exchanged and they continued walking down the middle of the street.

"As they passed, Wilson observed that Michael Brown had cigarillos in his hand ... At 12:02 pm, Wilson radioed that he had two individuals on Canfield and needed assistance.

"Officer Wilson backed his vehicle at an angle blocking their path and blocking the flow of traffic in both directions.

"Several cars approached from both east and west but were unable to pass the police vehicle," Mr McCulloch told reporters.

"An altercation took place at the car with Officer Wilson seated inside the vehicle and Mr Brown standing at the driver's window.

During the altercation, two shots were fired by Officer Wilson while still inside the vehicle.

"Michael Brown moved toward Officer Wilson, and several more shots were fired by the officer and Michael Brown was fatally wounded."

Referring to multiple conflicting witness accounts of details of the case, such as the position of Mr Brown’s hands, some said they were raised in surrender, others said they were down or out to his sides, Mr McCulloch stressed the challenge of reconciling accounts.

"I think there are a number of witnesses who truly believe what they said. They were consistent throughout - even in the face of their testimony being in conflict with the physical evidence that was there," the prosecutor said.

Mr Brown was killed on 9 August in the community of Ferguson, just outside St Louis.

Rioting broke out after the death of the high school graduate, who had planned to go to technical college.

"There's still a loss of life here. And the family is going to have that loss forever." 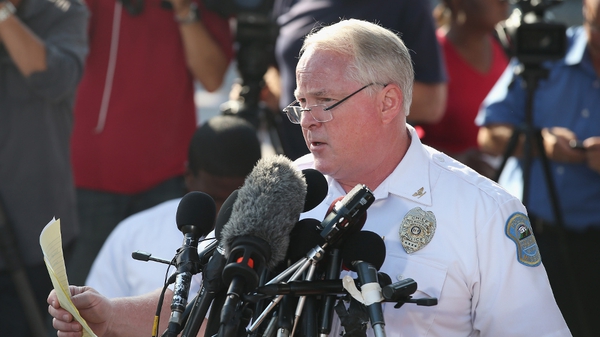