Irish centres across the US began a series of information meetings today relating to the immigration reforms outlined by US President Barack Obama last week.

The meetings are organised in conjunction with the Irish Embassy and consular networks in the United States.

The first meeting took place in the Irish Immigration Centre in Philadelphia tonight.

The information sessions are designed to discuss who qualifies for the relief and how to apply for it.

Immigration and criminal lawyers will be made available to answer questions.

There are an estimated 50,000 undocumented Irish people in the US.

Last week, Mr Obama announced a number of reliefs that will protect an estimated five million of the country's 11 million illegal immigrants from deportation.

It is expected that a number of Irish people will qualify for a new deferred action scheme that will enable those who have been in the US for five years, who have children who are US citizens or legal residents, and who pay taxes and pass a criminal background check, to be protected against deportation for three years.

Those on the new scheme will be allowed to return to their countries of origin in certain circumstances and not be banned from re-entry, if they secure advance permission.

Irish immigration services and the consular services are advising Irish people who are illegal in the US to get independent and trustworthy legal advice before applying for the schemes and before making any plans to leave the US.

The Emerald Isle Immigration Centre in New York has warned Irish people not to travel until the circumstances of the new scheme are confirmed and their ability to re-enter the US is guaranteed.

The new deferred action scheme is not expected to be in place until spring. 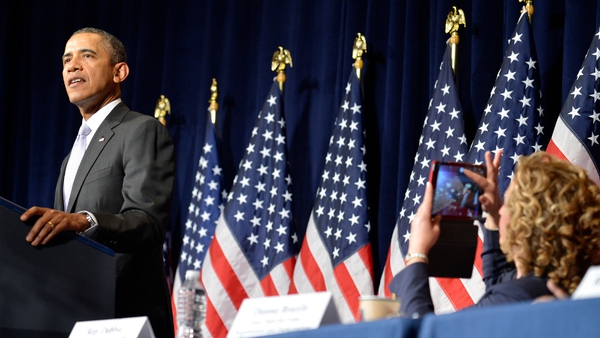 Plans for US Immigration reform expected on Thursday