One third of women worldwide are physically abused, according to a series of studies by the World Health Organization published today.

Between 100m and 140m women are victims of genital mutilation and around 70m girls are married before the age of 18, often against their will.

The study also found that about 7% of women are at risk of being raped during their lifetimes.

The violence, exacerbated during conflicts and humanitarian crises, have dramatic consequences on the physical and mental health of the victims.

Co-author Charlotte Watts, professor at the London School of Hygiene and Tropical Medicine, said: "No magic wand will eliminate violence against women and girls.

"But evidence tells us that changes in attitudes and behaviours are possible, and can be achieved within less than a generation."

The study says even in places with progressive laws, many women are still the victims of discrimination, violence and lack adequate access to health and legal services.

"Early identification of women and children subjected to violence and a supportive and effective response can improve women's lives and well-being, and help them to access vital services," said Claudia Garcia-Moreno, a WHO physician.

The study's authors said governments must put more resources into the fight against violence against women.

World leaders should also change discriminatory laws and institutions that encourage inequality and thus set the stage for more violence.

Finally, the study found, governments need to encourage research and rapidly put into place measures that have been shown to work.

"We now have some promising findings to show what works to prevent violence.

"Our upcoming challenge is to expand this evidence on prevention and support responses to many more settings and forms of violence," said Cathy Zimmerman, a doctor at the London School of Hygiene and Tropical Medicine.

The Dáil is today debating a bill which seeks to amend the Domestic Violence Act of 1996.

The Sinn Féin bill is proposing changes to legislation that would allow victims of domestic abuse access to social housing even if they are co-owners of a property.

In introducing his bill to the House, Sinn Féin's Dessie Ellis said that the treatment of victims by the State regarding their housing needs is inconsistent with common sense.

He said that if a victim is a part-owner of a property along with their abuser that the State does not recognise that they have any housing needs.

Mr Ellis said his bill would mean that a domestic violence victim would not be discriminated against in terms of getting on the social housing list because they are a part-owner of another property.

He said that more than half of solved murders are carried out by a former or current partner.

These are stolen lives, he said, often because leaving was never an option.

Mr Ellis said that one in five women experience domestic violence in their life.

He said these are mostly crimes that go on behind closed doors but he said it also happens out in the open.

Society needs to be trained to recognise the signs and to send out the message that it is unacceptable, he added.

Minister of State Paudie Coffey said the Government is opposing the bill.

He said as well as targeting the wrong legislation, the bill does not take account of recent change in the law relating to the provision of social housing support for separated households, including victims of domestic violence.

Mr Coffey said that victims can access certain forms of housing support until the future ownership of the family home is determined.

Fianna Fáil's John McGuinness said he would be supporting the bill.

He told the House that there is a very serious problem of domestic abuse in the country and said it needs to be dealt with.

Independent Catherine Murphy said that the housing needs for people in crisis are absolutely out of control.

Victims of abuse are not protected by local authorities because they really have nothing to give them, she said.

Independent TD Clare Daly said there was a sad irony with the fanfare paid last week to the debate on Máiría Cahill, yet there is no media attention and very few Dáil TDs present for today's debate.

She said that domestic abuse is a huge issue and the State's inadequate response needs to be addressed.

Minister Coffey concluded by saying the debate had been useful but that it is targeting the wrong legislation and for that reason the Government would be opposing it.

A vote on the bill going to second stage will take place on Tuesday. 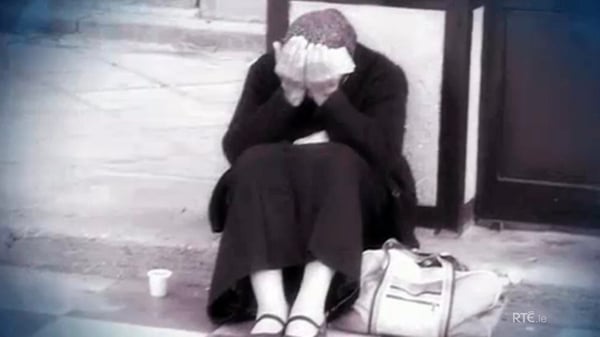