President Michael D Higgins has described his meeting with South African President Jacob Zuma in Pretoria as "a frank and comprehensive discussion".

Much of the discussions, which lasted 45 minutes, focused on some of the grave issues affecting South African society, such as gender-based violence.

The President said: "We went on then to discuss a whole series of different issues, including unemployment and poverty, and all the issues that arise in an adjusting society in a post-Apartheid atmosphere."

He said the South African President also acknowledged that much more needs to be done to address imbalances in society.

Mr Higgins said: "We discussed education for example, the access of young men and young women to education, the importance of skills.

"We went on then to discuss the economy and unemployment and the measures needed to tackle unemployment."

President Higgins also said that they discussed the proceedings of the G20 summit in Australia, from where President Zuma had just returned.

He said: "So we had the opportunity of hearing, if you like, what the international economy promised in terms of development or in terms of growth and the implications it would have.

"We then had a discussion based on the distinction between meeting the needs of a population and addressing wants which might come from globalization based on consumption."

President Higgins will deliver a keynote address on human rights at the University of Witwatersrand in Johannesburg tomorrow, before departing for Cape Town on the final leg of his three-week official visit to Africa. 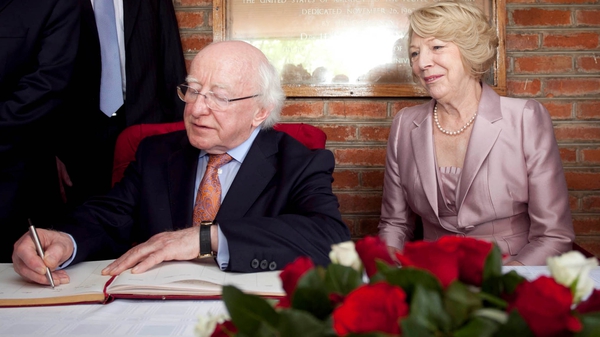