A spokesperson for the Department of Arts, Heritage and the Gaeltacht has confirmed that Google Translate was used to translate English into Irish on a Government website promoting the 1916 commemorations.

The spokesperson said the mistake happened because the Department sent the English text to an external company which was contracted to design the website.

That company used Google Translate to get a draft, or holding, version of the Irish text to appear on the page to see how much space it would require, thus enabling the company to design around it.

That draft version should have been replaced by the official Irish translation which was later supplied by the Department.

This did not happen when the website first went live, but the offending text has now been removed and replaced by the official and correct Irish version

Meanwhile, Minister for Arts, Heritage and the Gaeltacht Heather Humphreys has said she very much wants to engage with the 1916 relatives.

Speaking in the Seanad this afternoon, said she was disappointed that the 1916 Relatives Association decided not to come to the GPO last night.

However, she said she was very much open to working with them and her door was open.

She said she had had a very positive meeting with the group on Tuesday, and they had all agreed to work together, but she said that for some reason they had decided not to come last night.

She said she was open to working with them and very much wanted to get them involved.

Ms Humphreys said that gardens of remembrance across the country are a good idea for the 1916 Rising commemorations and will be considered as part of plans for 2016.

Ms Humphreys said that the commemorations did not belong to the Government or the Opposition and she said they belong to the Irish people.

She said the budget allocation was €4m this year but consideration would be given to the commemorations in Budget 2016.

Also speaking in the Seanad, he wondered what the signatories of 1916 would have to say about the citizens of Ireland protesting about the imposition of water charges at the launch of the event to commemorate the Rising.

He said the plan had been a long time coming but he said it was short on substance.

He asked why the input of the Oireachtas Committee on commemoration been virtually ignored? 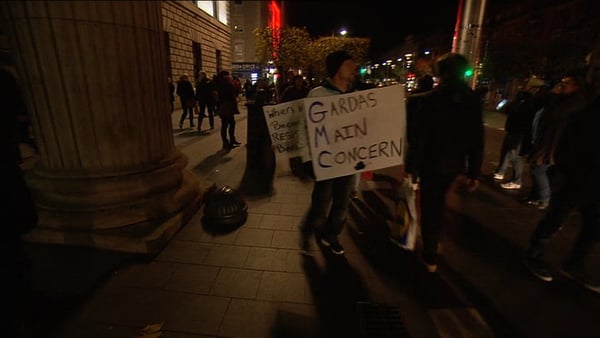