The Minister for Justice has said she has confidence in the current leadership of An Garda Síochána and says the force will get the money it needs to invest in new technology.

Earlier this morning, Ms Fitzgerald described the publication of the Garda Inspectorate Report on Crime Investigation as a "line in the sand" moment in relation to policing in Ireland and reform.

Speaking on RTÉ's Today With Seán O'Rourke, Ms Fitzgerald said there was a huge need for systemic change.

The minister said there were very serious issues to be dealt with, including getting more supervision in place and dealing with training issues.

She said new legislation being introduced would make the victim much more central in the criminal justice system.

In relation to problems around fingerprinting, Ms Fitzgerald said she would ask the Acting Garda Commissioner for an immediate report.

She said she wanted to find out why fingerprinting was not being done more frequently when people were brought to a garda station and questioned.

The minister said the level of detail in the report was very challenging, and it would not be possible to deal with all of the recommendations overnight.

Asked about the appointment of a new Garda Commissioner, Ms Fitzgerald said the new Commissioner should be appointed early in December.

She said interviews for the position were taking place at the moment.

The Interim Garda Commissioner also said today that the practices and culture of An Garda Síochána were being changed and a new approach was being implemented in relation to the investigation of domestic violence, sexual abuse and people trafficking. 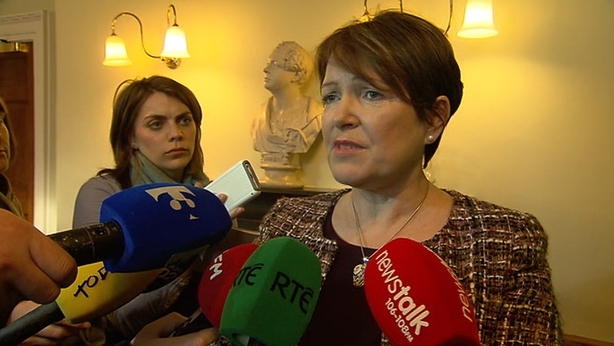 Noirín O’Sullivan said the practices and culture of the gardaí were being changed at all levels.

A new approach was being implemented in relation to the investigation of domestic violence, sexual abuse and people trafficking, she added.

The President of the Garda Representative Association has said that gardaí are recording all incidents of crime on the PULSE system and that he does not accept the findings that 38% of crime is not recorded, adding the figure needs to be examined.

Dermot O'Brien told RTÉ's News at One that crime may not be recorded as it should be, but said that it is not the responsibility of GRA members and that the reclassification of crime is a management issue.

With regard to fingerprinting, he said that some prisoners are not willing to give fingerprints and that the AFIS system is available in some divisional headquarters, only, and that "it's not tangible to put a prisoner in a car and drive 50 miles".

He said that gardaí do not condone domestic violence, but that some victims of domestic violence do not take garda advice and that "it gets to be a very difficult job, going back to the same person telling them to go down a certain route".

Mr O'Brien described the report as a "learning curve", but said that oversight, leadership and training is needed along with a  massive injection of capital and further personnel.

The GRA rejected some of the findings of the report saying the main problem is a lack of resources.

Mr O'Brien blamed Garda management for continually telling the Government that the force had sufficient resources when it had not.

Meanwhile, The Children's Rights Alliance has said it would support a recommendation by the Garda Inspectorate to review the recording of children on the PULSE system. 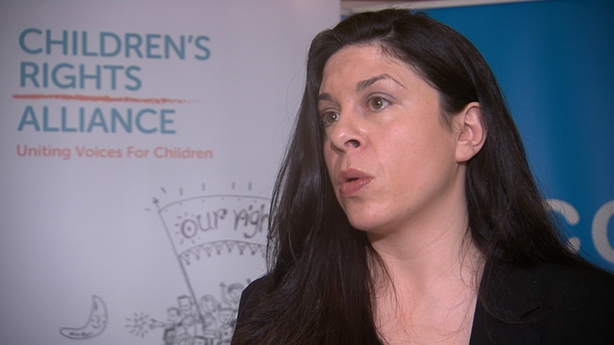 Speaking on RTÉ's Morning Ireland, spokesperson Tanya Ward said it was unclear why children's information was being recorded on the system or how many were recorded.

"We're not sure what the true number of children that are on the PULSE system and what the inspectorate is calling for is a review of this area.

"We'd welcome that recommendation but do think that the gardaí might need support from the Ombudsman for Children and the Data Protection Commissioner to review this area."

Ms Ward also expressed concerns over the shortage of trained child interviewers highlighted by the report, which has led to delays of up to six months in some areas.

"That might mean that a child can't undergo any therapy or any therapeutic services in that period and six months is a very long time in the life of a child, so it’s really important that the gardaí are given the support and the resources to make sure that they can provide consistent support across the board for child victims." 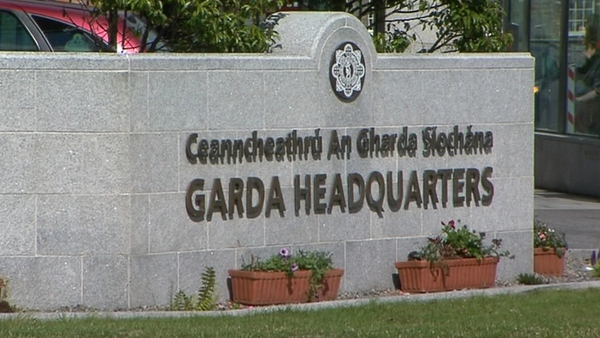