Ireland has accredited a new envoy to the Vatican, three years after Dublin closed its embassy.

Emma Madigan was received by Pope Francis, the Vatican said in a statement.

She presented her letters of credence before having a private conversation with the pontiff.

She succeeds the previous ambassador David Cooney, who is currently Ambassador of Ireland to Spain.

The embassy shut in November 2011 with then tánaiste Eamon Gilmore saying the decision followed a review of overseas missions, which gave "particular attention to the economic return from bilateral missions".

The closure of the Irish embassy in Iran and its representative office in Timor Leste were also announced following the review in a move that Mr Gilmore said would save around €1.25m a year.

He said that while the embassy to the Holy See was one of Ireland's oldest missions, it yielded no economic return, and that Ireland’s interests could be sufficiently represented by a non-resident ambassador.

However, the move was interpreted in Vatican diplomatic circles as a snub by Ireland, which accused the Holy See of trying to cover up and interfere in a report on clerical child abuse.

Diplomatic relations degenerated in July 2011, when Taoiseach Enda Kenny accused the Vatican of trying to whitewash an inquiry into child sex abuse committed between 1996 and 2006.

Speaking in the Dáil in July 2011, Mr Kenny said the Cloyne Report "exposed the dysfunction, disconnection, elitism and narcissism" in the Vatican.

The Vatican denounced the actions of offending priests in Ireland but denied having tried to interfere in the report.

In January this year the Government announced that it would re-open an embassy in the Vatican in a scaled-back "one-person" mission which would focus on development aid and located in a new premises.

Ms Madigan has worked in the Department of Foreign Affairs and Trade for 14 years and her assignments include Vice Consul in New York, Private Secretary to the Secretary General and Deputy Director of Europe and UN Coordination Section.

Before taking up her new position in the Vatican, she was Assistant Chief of Protocol involved in the preparation of high-levels visits to and from Ireland, including the President Higgins' State visit to the UK. 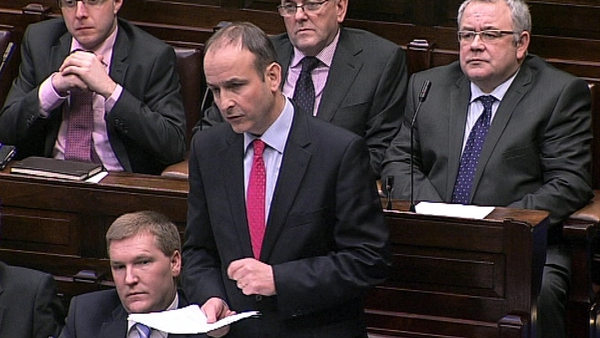