A 48-hour nationwide blockade of beef factories is to go-ahead after talks between farmers and beef industry representatives broke down last night without agreement.

The blockade will begin tomorrow afternoon.

Irish Farmers' Association President Eddie Downey said that while some progress had been made at the negotiations, the issue of the gap between prices being paid for beef in Britain compared to Ireland remains a point of contention.

Speaking on RTÉ's Countrywide, Mr Downey said the IFA was open to returning to the negotiating table.

He said: "As of now the protest goes ahead but we are always open for negotiations. That's what we do."

Beef Industry Ireland Chairman Ciaran Fitzgerald said progress had been made on beef specification issues, which were central to part of the dispute.

He said that despite the breakdown of negotiations, his organisation was still open to talks and urged farmers to call off their planned protest.

Factories had shown a willingness to engage with farmers despite the threat of the blockade because Minister of Agriculture Simon Coveney had asked them to engage, he added.

The last blockade - a 24-hour protest almost two weeks ago - cost the factories between €10m and €15m in lost output. 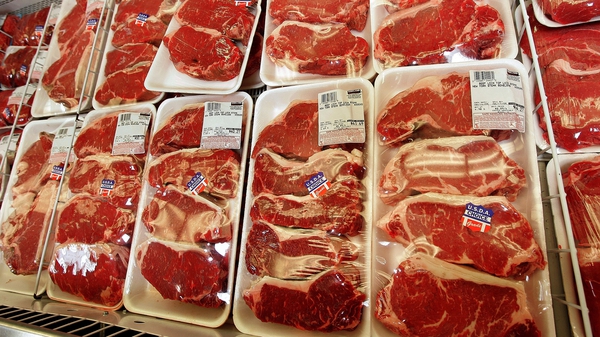 IFA to meet with factories ahead of 48-hour blockade News