Six Ukrainian soldiers have been killed by pro-Russian rebels in the last 24 hours, a government official has said.

"Our losses as a result of fighting were six servicemen killed and ten wounded," said Volodymyr Polyovy, spokesman for the National Security and Defence Council.

Mr Polyovy said the deaths showed that separatist forces "continue to violate the ceasefire agreement" signed on 5 September, but which is increasingly in tatters.

One of the main attacks took place at the ruins of Donetsk airport.

The airport remains partly in Ukrainian hands, despite lying in territory mostly controlled by the separatists.

The violence comes as pro-Russian separatists are due to hold elections in eastern Ukraine tomorrow.

German Chancellor Angela Merkel yesterday told Russian President Vladimir Putin on the phone that the elections were illegitimate and would not be recognised by European leaders. 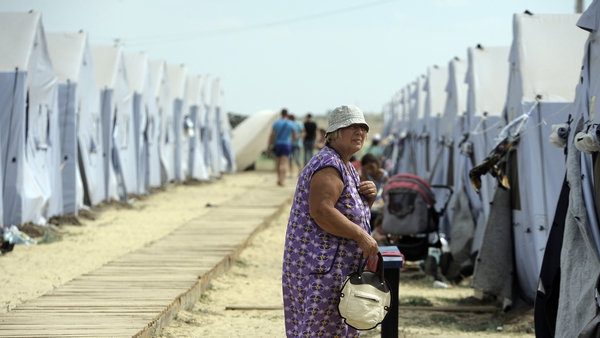