Technical data relayed from Orbital’s Antares rocket before and after Tuesday's liftoff from Wallops Island in the US state of Virginia show everything was fine until the rocket's ascent stopped 15 seconds into the flight.

NASA TV showed the rocket falling back toward the ground and exploding into a massive fireball, showering the southern third of Wallops Island with debris.

The accident destroyed a cargo ship filled with more than 2,268kg of equipment and supplies, which were destined for the International Space Station.

Virginia-based Orbital Sciences is one of two firms NASA has hired to fly cargo to the €80bn station following the retirement of the US space shuttles in 2011.

The Antares rocket, which uses a pair of refurbished Soviet-era engines to power its first stage, previously had four successful flights.

The 14-story Antares rocket was flying for the first time with a new, heavier-lift upper-stage engine.

Orbital said in a status report that "evidence suggests the failure initiated in the first stage after which the vehicle lost its propulsive capability and fell back to the ground impacting near, but not on, the launch pad". 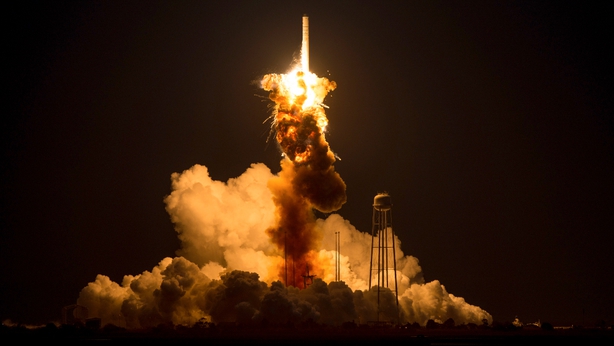 Before the rocket hit the ground, a Wallops Flight Facility safety officer sent commands to detonate explosives on the booster, a standard procedure to assure wayward rockets do not threaten populated areas.

The Federal Aviation Administration (FAA), which oversees commercial spaceflights in the US, required Orbital to purchase $56m (€45m) of insurance coverage for third-party losses and $44m (€35m) for loss of government property for this flight.

The Antares rocket has been grounded, pending the results of the investigation. Its next launch, slated for April, is expected to be delayed.

"In order to ensure the safety of the public, Orbital must present credible corrective action in order for the FAA to authorise any future launches of this vehicle," said the FAA.

However, two weeks ago Orbital Sciences told investors it had decided on a replacement engine, but did not announce the selection.

If true, the decision may stoke ongoing controversy over the use of Russian engines in US rockets.

The Atlas 5, one of two rockets used primarily for US military missions, is powered by another Energomash engine, the RD-180.

Moscow threatened to cut off exports of the RD-180 for US military missions in response to American trade sanctions spurred by Russia's annexation of Ukraine's Crimea peninsula.

So far, however, business has continued uninterrupted. 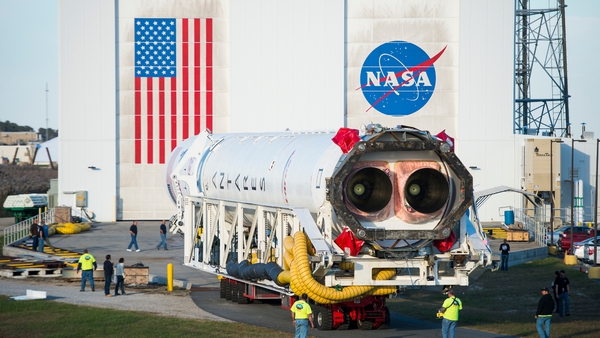