Emily Logan has been appointed Chief Commissioner of the Irish Human Rights and Equality Commission by President Michael D Higgins.

The new body will report directly to the Oireachtas, unlike the Human Rights Commission and the Equality Authority, which will be formally merged tomorrow.

There are 14 other commission members, seven men and seven women, each of whom brings an expertise in areas such as employment law, disability advocacy, civil liberties, prisoners rights, gender equality, Travellers' and immigrant rights.

They were nominated by an independent panel of experts.

Ms Logan, who has been the Children's Ombudsman for ten years, was appointed to the commission on an interim basis last July.

It imposed a €6,384 fine on Michael Ryan Funeral Directors, in Ashbourne near Dublin, for refusing a Traveller family access to his funeral home to wake their 14-year-old son in 2011.

Ms Logan said the case highlighted that discrimination continues to be experienced by Travellers in their everyday life and said the outcome of the hearing shows that this is not acceptable.

Speaking on RTÉ's Morning Ireland, Ms Logan explained the difference it will make reporting to the Oireachtas instead of the Minister for Justice, as had been the case in the past.

"It makes the office much more powerful than it had been in the past.

"It also ensures you are operating in a space that is unfettered in terms of any interference from Government."

"Certainly my experience from working as an ombudsman and an independent officer for the last ten years, your work is taken much more seriously, you get much more opportunity to interact across parties throughout the Oireachtas and it gives a credibility and a status to the work that is really important." 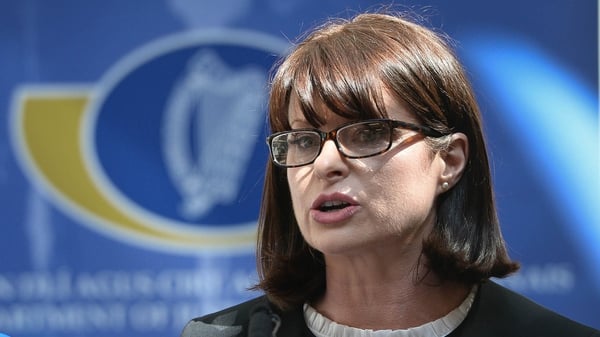