A Sinn Féin MLA and junior minister at Stormont has said that when she met Maíria Cahill in 2005, Ms Cahill did not tell her about an internal Sinn Féin inquiry into alleged abuse.

Jennifer McCann said that she does not believe there was a party cover-up.

Ms Cahill has said she was raped as a teenager in 1997 by a member of the IRA and later interrogated by the organisation.

Speaking on RTÉ's News At One, Ms McCann said that the discussions with Ms Cahill in 2005 centred on the trauma that she suffered as a result of the alleged abuse.

She said Ms Cahill disclosed the information in confidence and that she advised Ms Cahill to speak to a counsellor, adding that "she respected her confidentiality", adding that she does not know of anything that happened prior to 2005.

Asked if she knows of members of the republican movement being exiled to the Republic of Ireland, she said: "I don't have knowledge of anything like that." 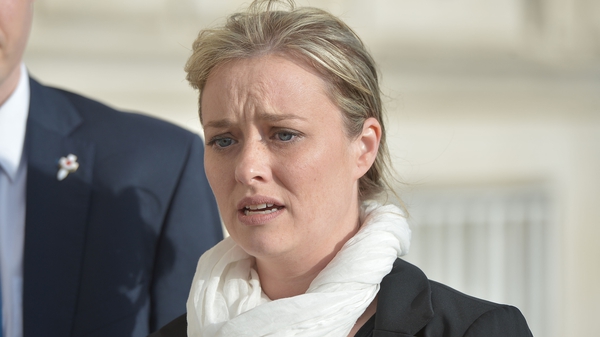