Irish Water Managing Director John Tierney has defended bonuses paid to the company's staff, saying they are doing a fantastic job and it is humbling to watch them work.

It emerged earlier this week that even staff rated as "need improvement" were entitled to bonuses.

Mr Tierney vowed to stay on in his job, saying he has been up for this difficult challenge from day one.

He was speaking following a meeting with Minister for the Environment Alan Kelly.

Mr Tierney, who has been criticised for keeping a low profile, described the meeting as a very good one and said the minister understood the difficult job involved.

He said Irish Water would place an emphasis on communicating with politicians because they represent the people.

Minister Kelly told reporters that all the issues were dealt with during the three hours meeting - from customer service to bonuses.

He does not believe a bonus culture should exist and said he hopes the new board of Ervia, the parent company of Irish Water, will deal with it.

Meanwhile, tax relief for water charges is unlikely to be deducted at source, according to a reply given to a parliamentary question asked by Fianna Fáil's Michael McGrath TD.

He said: "People who qualify for tax relief on their water charges should be able to get that tax relief immediately at source, as applies to mortgage interest relief and tax relief on health insurance premiums, for example.

"The Government's intention seems to be to spread the tax relief over the year following the year in which the charges are paid."

Mr McGrath said this is "too cumbersome" and means that "people will get no tax benefit whatsoever in 2015 for water charges paid in the year".

It was announced in the Budget that the person paying the water bill will be entitled to 20% tax relief, up to a maximum of €500 per year, paid in arrears.

Fianna Fáil's spokesperson on social protection Willie O'Dea has said that he is not convinced that Irish Water is giving good enough reason for requesting his PPS number.

Speaking on RTÉ's News At One, Mr O'Dea said that there are consequences and a danger in giving a PPS number to a third party.

He reiterated his position that he will not be giving his details to the company.

Mr O'Dea added, however, that he is not advocating that others follow his example.

Instead of Irish Water requesting PPS numbers, Mr O'Dea suggested that the company operate a system whereby householders self-declare and where the company audit people, on a random basis, by verifying information with the Department of Social Protection.

He has described as "blackmail" the company's request for PPS numbers in return for allowances.

The former minister said: "I'm not trying to influence anyone else in what they do. Pensioners have come to me and they've asked me, 'what are the consequences if I don't give my PPS number because I'm nervous about it'.

"I have to give them back the blackmail answer from Irish Water, which is: 'If you don't give your PPS number, you're going to lose your allowances'.

"That's blackmail. A lot of those people are giving their PPS numbers because they are afraid; they can't afford to lose their allowances."

Independent TD Catherine Murphy told the Dáil that the Irish people hate being bullied and hate being taken for fools.

She said the Government and Irish Water have managed to do both and the PPS number requirement for water charge allowances is bullying and infuriates people.

Taoiseach Enda Kenny said Irish Water had done itself justice in what it is doing with a capital programme of €1.2 billion.

He said it is a public entity and fears it will be privatised were wrong.

Mr Kenny said there were clearly challenges, but he said it was a necessary facility so people do not have a service were things go wrong and they are on a "knife edge" all the time.

He said he hoped that arising from discussions between Irish Water, the Department of the Environment and the Commission for Energy Regulation, that people can have confidence in the company and understand what they will gain from its establishment. 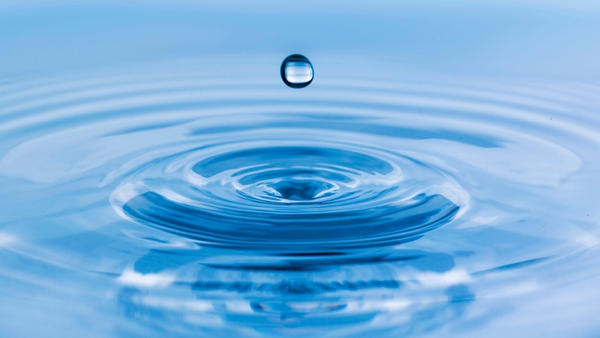