The European Parliament has voted overwhelmingly to approve the new European Commission.

The new 28-person commission will need to be approved by heads of government before being sworn in at the European Court of Justice.

The commission is due to take office on 1 November.

Earlier, the new leader of the European Commission, Jean-Claude Juncker, said that excessive austerity on its own will not bring economic growth.

In a wide-ranging speech ahead of the European Parliament vote, Mr Juncker said what was needed was a combination of flexible policies, economic reforms and fiscal discipline.

He said: "To those who think excessive austerity will automatically revive growth and create more jobs, they should drop those ideas."

While calling for greater flexibility and investment, he also warned that there could be no re-writing of the rules of the EU's stability and growth pact.

He insisted that increasing member states' debt levels was not the answer to Europe's economic problems.

Mr Juncker said he would bring forward plans for a €300bn investment programme for the EU, but he declined to offer any details.

Speaking at the European Parliament in Strasbourg, Mr Juncker said the biggest task facing the new commission was unemployment, not just the "dreadful" level of youth joblessness but unemployment in general.

Setting out his political programme for the next five years, Mr Juncker said it would be a much more "political" commission compared to the outgoing one, reminding MEPs that he had asked member states to send political heavyweights.

Mr Juncker said he had required more female candidates and acknowledged that nine women nominees were put forward, which is the same level as the outgoing commission.

However, he said that this number was still "pathetic".

He said the new structure of the commission, where a number of powerful vice-presidents would oversee clusters of other commissioners, would put an end to what he called silo and ghetto thinking within the college.

He also repeated his belief, set out in a speech in July, that there would be no new member states added to the EU in the next five years, saying it was important not to "delude" candidate countries that this would be the case.

"It's not feasible, so let's not delude people," he told the chamber.

However, he insisted that the negotiation process for new members would continue.

Prompting heckling from some Eurosceptic MEPs, the new commission president said that the next European Parliament elections in 2019 would be genuinely pan-European based on a "continental democracy".

But he insisted that this did not diminish the importance of member states which, he said, had been "built to last".

Referring to the Ebola crisis, Mr Juncker noted that Europe only responded once the virus arrived on its doorstep.

"We should have acted quicker," he said. 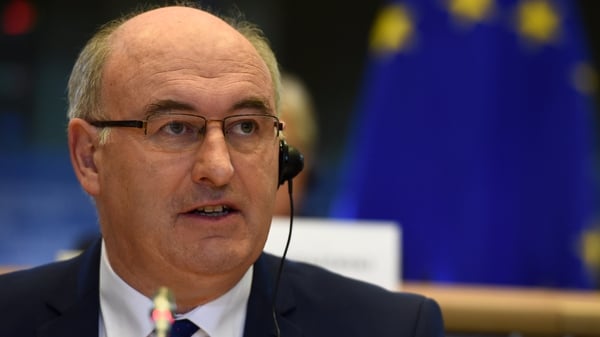