The Taoiseach has said he hopes multinationals will consider developing intellectual property in Ireland as a way of offsetting the impact of the phasing out of the 'Double Irish' tax loophole.

The Government announced during Tuesday's Budget that the loophole would be phased out over the next six years.

A new 'Patent Box', which would ring-fence intellectual property innovation and subject it to a lower rate of tax, could become a replacement, according to officials.

Mr Kenny said it was "too early to say" how much extra revenue the closing off of the 'Double Irish' might yield the Exchequer.

Speaking in Milan at the Asia-Europe Summit, Mr Kenny said: "It's difficult to put a figure on this yet, and I think multinationals themselves would begin to reflect on the hope that I expect that many companies will invest in and empower intellectual property in Ireland, as well as the real substance of having so many employees work and pay their taxes in Ireland."

The 'Patent Box' idea is already being operated by nine EU member states, but it has been criticised by Germany and others as having the potential to become a harmful and unfair tax arrangement.

The Taoiseach, however, insisted that any new arrangement in Ireland would be above board.

"There are different variations of the patent box concept," he said.

"What Ireland will do here is to develop, after a public consultation and consultation with the [European] Commission ... a system that is appropriate to Ireland.

"We want to do our business properly. We've been leaders at the European Council and the OECD in saying that this is a global response to a global phenomenon and Ireland is already playing its part.

"The fact that the change has been made now will actually strengthen Ireland's credibility and attractiveness as a location for continued foreign investment."

The Taoiseach also said he had grave concerns about a new climate change agreement being negotiated at a summit of EU leaders in Brussels next week.

Heads of government are due in Brussels to negotiate a new framework for cutting carbon emissions by 2030, updating the current target that relates to 2020.

The Government has been lobbying for concessions that take account of Ireland's agriculture sector, which accounts for a disproportionate percentage of the country's greenhouse gas emissions.

Mr Kenny said that if the EU stuck to what he described as outdated criteria for reducing carbon emissions, then future administrations beyond 2020 would be "screwed".

He said: "It would not be feasible to have targets set that are completely impractical for a country like Ireland. Targets, indeed, that were set and that were agreed by the administration before this one, for 2020, were based on different variations of information that does not stand up.

"We've had a lot of discussions with the Dept of Foreign Affairs, the Dept of Agriculture, in respect of the climate change targets that Ireland must meet from 2020 to 2030.

"But I don't want whatever administration or whatever government is in office in Ireland from 2020 to 2030 to be completely screwed by virtue of a wrong base upon which targets were set originally for 2020.

"We will play our part fully, but we want to be reassured that the targets that are set are reachable."

The Government has argued that Ireland's land use provides advantageous "carbon sinks" which can offset the high levels of methane gas emitted by the country's enormous beef sector.

Irish officials have also argued that Ireland's hopes of expanding the national herd are also in tune with the European Commission's stated ambition of improving global food security.

A draft conclusion circulated ahead of next week's summit appears to take account of Ireland's concerns.

The document states that the "objectives of the agriculture and land use sector should be acknowledged, as well as the need to ensure coherence between the EU's food security and climate change objectives".

However, non-governmental organisations are likely to sharply criticise any concession to Ireland as incompatible with the need to cut harmful greenhouse gas emissions. 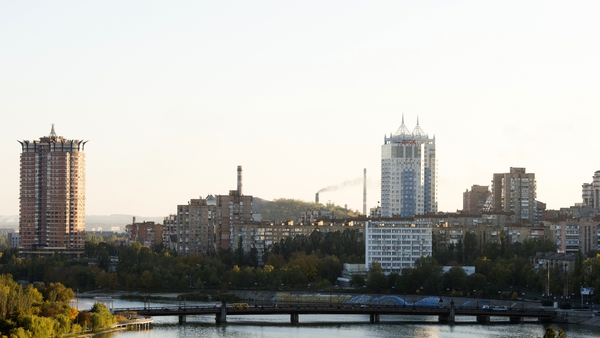 Three killed in shelling in Donetsk