Fianna Fáil TD Willie O'Dea has said there is no Messiah in the party to take over and that they are united behind leader Micheál Martin.

He was reacting to the party's poor performance in the Dáil by-elections in recent days.

Speaking on RTÉ's Morning Ireland, Mr O'Dea said a leadership contest would be messy and divisive.

Mr O'Dea said Mr Martin has had a fair degree of success in rebuilding the party since the General Election and he would support Mr Martin as leader.

Yesterday, former minister Éamon Ó Cuív said it had been a bad day for the party.

Separately, an independent TD has indicated he would like to form a policy platform with other "like-minded" independents in order to contest the next General Election.

Denis Naughten said he had discussed this with some independent TDs and others inside and outside Leinster House.

Speaking the same programme, he also said there was an opportunity for like-minded independents to come together and negotiate a programme for government after the election with the main political parties.

The former Fine Gael TD and Reform Alliance member reiterated that he would be contesting the election as an independent. 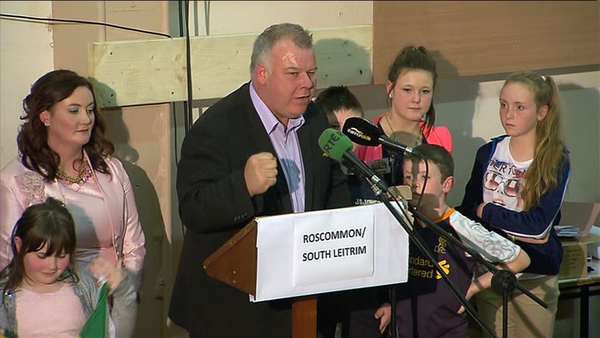 Surprise results in both by-elections