North Korean leader Kim Jong-un is in firm control of his government but hurt his leg taking part in a military drill, a source said, playing down speculation over the 31-year-old's health and grip on power.

North Korea's state media have not mentioned any public appearances since he attended a concert with his wife on 3 September.

The official KCNA news agency indicated he did not attend an important political anniversary today.

In the previous two years, Mr Kim marked the anniversary of the founding of North Korea's Workers' Party with a post-midnight visit to the Pyongyang mausoleum where the bodies of his father and grandfather are interred.

But the report by KCNA did not mention his name in a list of high-level party and military officials who attended an event at the mausoleum on Friday.

A flower basket from Mr Kim was placed at the mausoleum, it said.

The source with access to the North's leadership, who has close ties to Pyongyang and Beijing, said yesterday that Mr Kim had hurt his leg while inspecting military exercises.

"He ordered all the generals to take part in drills and he took part too. They were crawling and running and rolling around, and he pulled a tendon," the source told Reuters on condition of anonymity.

"He injured his ankle and knee around late August or early September while drilling because he is overweight. He limped around in the beginning but the injury worsened," the source said.

Mr Kim has rapidly gained weight since coming to power after his father died of a heart attack in 2011.

He had been seen walking with a limp since an event with important officials in July, which would imply he may have aggravated an earlier injury.

Mr Kim needs about 100 days to recuperate, said the source, whose information could not be independently verified.

"Kim Jong-un is in total control," said the source.

Mr Kim's absence from public view is fuelling speculation over the state of his health and whether he may have been sidelined in a power struggle.

"So it appears it is being normally ruled by Kim Jong-un," ministry spokesman Lim Byeong-cheol said.

North Korean officials have denied that Mr Kim's public absence since early September is health-related and a US official following North Korea said this week there were no indications he was seriously ill or in political trouble.

It remains unclear why a leg injury would keep Mr Kim out of the public eye for so long, although this is not the first time he has been missing from view.

In June 2012, six months after coming to power, state media failed to report on or photograph him for 23 days.

Mr Kim re-appeared the next month when he was reported attending a show at a dolphinarium.

Speculation that his unusually long absence from public view may be due to ill health was fuelled by a North Korean television report late last month that said he was suffering from "discomfort". 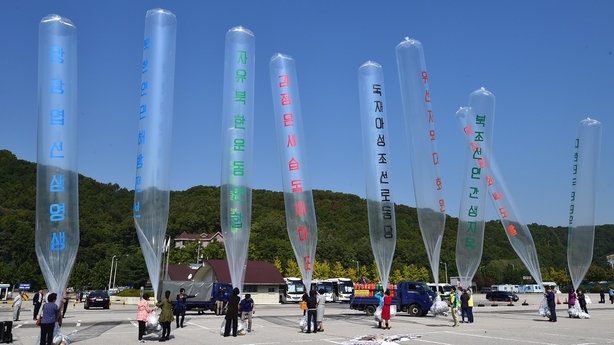 North and South Korea have exchanged fire across their land border, the South's military said, after activists launched balloons carrying anti-Pyongyang leaflets into the North.

"There was an exchange of fire," an official at the Joint Chiefs of Staff office said, without elaborating.

There were no reports of any casualties.

According to South Korean media reports citing military sources, North Korean border guards had opened fire as the balloons floated across the border.

Some of that fire fell on the southern side of the border, causing the South Korean military to retaliate with machine guns.

Dozens of members of the Seoul-based Fighters for a Free North Korea had sent around 200,000 leaflets across the heavily-fortified border attached to ten giant, gas-filled balloons.

Seoul allowed the exercise to go ahead despite warnings from Pyongyang of "catastrophic" consequences. 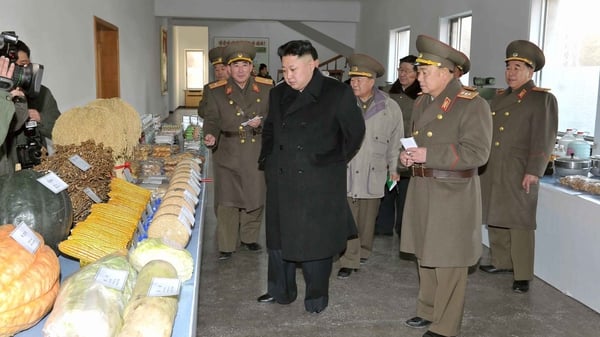