Sinn Féin has drawn level with Fine Gael in a poll carried out by Ipsos MRBI for the Irish Times.

The survey shows a five percentage-point drop in Fianna Fáil support and a modest improvement in Labour fortunes.

This poll was carried out on Monday and Tuesday and involved a sample of more than 1,200 people with a margin of error of less than 3%.

It shows Fine Gael unchanged at 24%, with Sinn Féin up four points to match the Government party.

Independents and others are down one point to 23%.

Given the good economic news of recent times, these results will leave Fine Gael supporters wondering why the party has not been able to capitalise on the recovery.

They will ponder too whether controversies such as the row over the Seanad election have distracted the electorate from the positive news.

Fianna Fáil will also ask what the party has to do to match the onward march of Sinn Féin.

However, one crumb of comfort for the Government can be gleaned from the finding that satisfaction with the Coalition is up marginally, despite all the recent controversies. 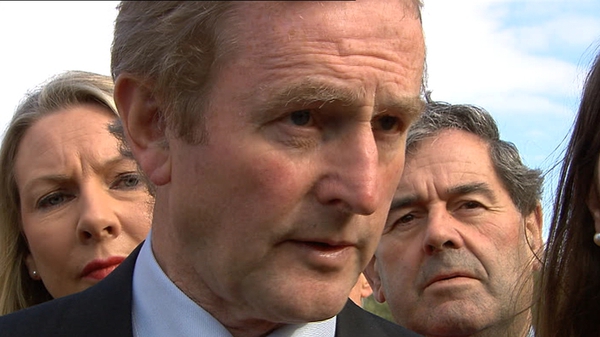