Seven Ukrainian civilians and five government soldiers have been killed in the past day of clashes with pro-Russian insurgents despite a truce between the two sides.

The toll was one of the highest reported since the signing of the truce agreement on 5 September.

It brings the number of civilians killed in sporadic mortar and rocket attacks to 14 since the weekend.

The civilians were killed in both the eastern rebel-run territories of Lugansk and Donetsk, local officials said.

The Ukrainian military said its soldiers were also killed across the industrial Russian-border region.

"As a result of shelling and clashes in various areas where the anti-terrorist operation is being waged, five Ukrainian servicemen died," National Security and Defence Council spokesman Andriy Lysenko told reporters.

Ukraine launched an "anti-terror" operation in mid-April, several days after separatist gunmen seized government buildings across nearly a dozen towns and cities in the Russian-speaking east.

The rebels do not report their own losses and Ukraine's daily claims of heavy casualties in their ranks have been impossible to confirm.

The latest casualties bring to 100 the number of Ukrainian soldiers and civilians reported killed since the truce agreement, which was backed by Russia and European envoys.

Insurgency leaders signed up to the peace pact but soon accused Ukraine of breaking the ceasefire.

Some have since vowed to keep fighting until all Ukrainian forces pull out of their self-proclaimed states.

The heaviest daily clashes are being waged around the northern outskirts of the main rebel-held city of Donetsk, where outnumbered government forces have been holding on to a besieged airport since the end of May. 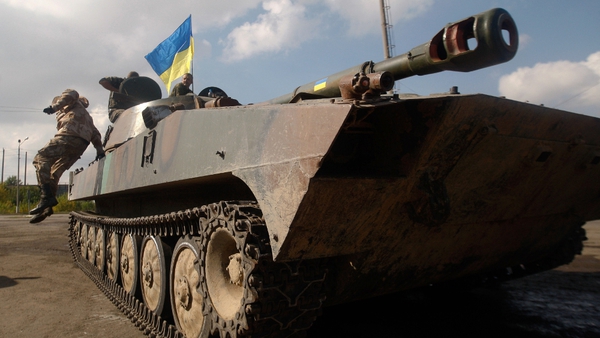