Nine Ukrainian soldiers and at least four civilians died in eastern Ukraine over the past day despite a ceasefire, officials said.

Mr Lysenko said that some of the losses came when the rebels destroyed a Ukrainian armoured personnel carrier.

The losses occurred when the insurgents "made another attempt to take over the Donetsk airport" outside the rebel-held city which is still held by the Ukrainian army, he said.

The Donetsk city hall said that three civilians died and five were injured over the past 24 hours and "the situation in the city is very tense" with artillery heard throughout the night.

One more civilian died later in the day when a shell hit a residential building in Makiyivka, a city to the northwest of Donetsk, local authorities said.

"One person died and three civilians were hospitalised," said a statement on the city hall's website.

The toll was the highest daily figure since a shaky truce went into effect on 5 September.

Since then, a total of 57 people have died, according to officials. 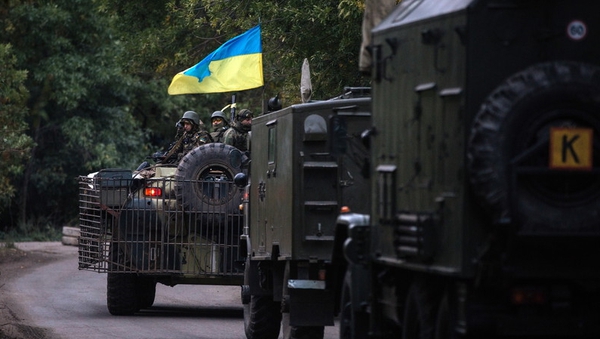