Militants from the Islamic State group in Iraq have carried out mass executions, abducted women and girls as sex slaves, and used children as fighters, the United Nations has said.

It said the systematic violations may amount to war crimes.

In a report based on nearly 500 interviews, it also said air strikes by the Iraqi government against the Sunni militants had caused "significant civilian deaths", by hitting villages, a school and hospitals in violation of international law.

The report found that at least 9,347 civilians had been killed and 17,386 wounded so far through September.

It said more than half of them had died since IS began seizing large parts of northern Iraq in early June.

The UN said Islamist forces have committed gross human rights violations and violence of an "increasing sectarian nature" against groups including Christians and Yazidis in a widening conflict that has forced 1.8 million Iraqis to flee their homes.

It made the comments in a 29-page report by the UN Human Rights Office and the UN Assistance Mission for Iraq (UNAMI).

It said: "These include attacks directly targeting civilians and civilian infrastructure, executions and other targeted killings of civilians, abductions, rape and other forms of sexual and physical violence perpetrated against women and children, forced recruitment of children, destruction or desecration of places of religious or cultural significance, wanton destruction and looting of property, and denial of fundamental freedoms."

In a single massacre on 12 June, the UN said, 1,500 Iraqi soldiers and security officers from the former Camp Speicher military base in Salahuddin were captured and killed by IS fighters.

Meanwhile, militants from the group have taken control of most of the western Iraqi town of Hit in Anbar province, security sources and local officials said.

"90% of the town of Hit has been overrun by militants," said Adnan al-Fahdawi, a provincial council member.

An eyewitness speaking from Hit said: "Scores of militants can be seen in the town with their vehicles and weapons. I can hear shooting now everywhere."

The security sources said they believed the attackers were IS fighters, who struck first with three suicide car bombs at the eastern entrance to Hit and a police station in the town.

Initial reports from Hit hospital sources said six people, including one civilian, were killed and 12 people were wounded.

Most of the surrounding towns in Anbar province have already fallen under IS control. 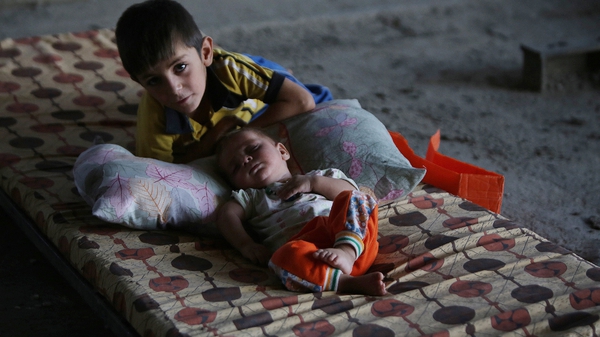