The Defence Forces representative association has said the Army does not have enough uniforms.

PDFORRA said soldiers are borrowing them from each other for use in the barracks and on ceremonial duties.

PDFORRA president Mark Scally told its annual conference in Sligo that soldiers had to borrow uniforms from colleagues for duty at the State funeral of former taoiseach Albert Reynolds.

Both Minister for Defence Simon Coveney and Chief of Staff Lieutenant General Conor O'Boyle said they were not aware of this happening.

They said it had not been brought to their attention through the chain of command.

Lt Gen O'Boyle said there was no question of the Defence Forces not having enough uniforms.

Mr Coveney said there may have been other reasons for soldiers swapping uniforms at the State funeral.

He said he wanted to hear more if there were issues surrounding the availability of uniforms.

PDFORRA has agreed to supply the military authorities with details of enlisted personnel borrowing uniforms and sleeping in their cars.

It also said it is to bring a case to Europe, seeking the right to union membership and collective bargaining.

It follows the decision by the European Social Charter that members of the gardaí had the right to strike.

That case was taken by the Association of Garda Sergeants and Inspectors and PDFORRA said it will take a similar course of action. 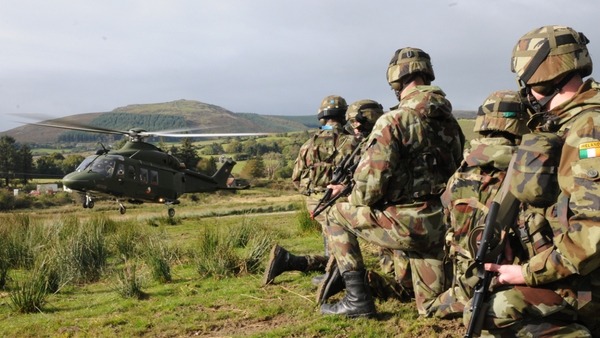