The Chief of Staff of the Defence Forces has said there is no reason why soldiers, sailors or air crew should be sleeping in cars.

Lieutenant General Conor O’Boyle was responding to a claim by PDFORRA at its Annual Conference today that a small number of enlisted personnel were forced to do this because they could not afford to drive home after work.

He said he was surprised to hear of the claim, because all barracks have accommodation.

However, PDFORRA said that such accommodation costs €2,500 a year, money that those who stay in their cars do not have.

PDFORRA claimed that more than 20% of enlisted personnel are receiving family income supplement payments and a small number are sleeping in their cars.

The Defence Forces has said it has a duty of care to its personnel and that if soldiers, sailors or aircrew require accommodation they should request it through their commanding officers.

It said it would examine the claim made that some enlisted personnel did not have the money to travel to and from work five days a week and were sleeping in their cars.

At its annual conference in Sligo, PDFORRA also called for the establishment of a rapid reaction team to deal with the trauma suffered by its members in combat situations.

The association said the UN mission in the Golan Heights has not only illustrated the increasing dangers Irish troops are exposed to, but also the increasing likelihood they will return home from overseas service suffering post traumatic stress.

It said that while the Defence Forces provides excellent services to address stress arising from serious incidents, it also wants a rapid reaction team to be on standby to travel to conflict zones to help members affected while serving abroad.

However, Lt Gen O’Boyle said the fighting around the Golan Heights where Irish troops are based had calmed down considerably.

The chief of staff said the mission was in a state of transition and while it was now more difficult to carry out monitoring and reporting, it was still being fulfilled.

He also said the issue of the safety of Irish personnel had been addressed to the entire satisfaction of the Irish.

At its conference, PDFORRA also claimed poverty among soldiers, sailors and aircrew must be tackled.

General Secretary Gerry Rooney said 1,500 are receiving social welfare in the form of the Family Income Supplement, while a small but increasing number - around five enlisted personnel -  do not have the money to travel to and from work five days a week and are sleeping in their cars.

Speaking on RTÉ's Morning Ireland, Mr Rooney said losses in income have to be addressed and pay rates are not high enough to alleviate poverty.

He said personnel have been subjected to cuts of around 18% - including pension related deductions and various changes to tax and PRSI - and "that has to change. There has to be some relief".

He also said the closure of some barracks has meant some members are faced with longer commuting distances. 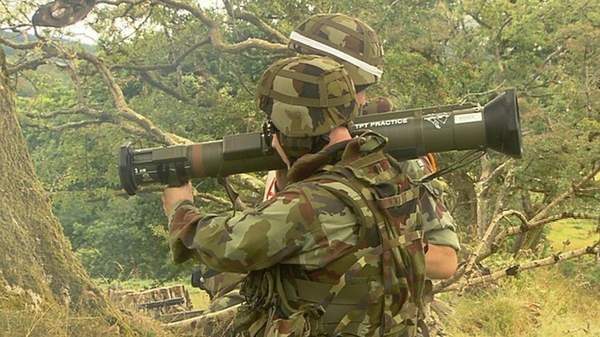