The death toll from an outbreak of Ebola in west Africa has risen to at least 3,091 out of 6,574 probable, suspected and confirmed cases, the World Health Organisation has said.

Liberia has recorded 1,830 deaths, around three times as many as both Guinea and Sierra Leone, the two other most affected countries, according to WHO data.

Nigeria and Senegal, the two other nations that have had confirmed cases of Ebola in the region, did not record any new cases or deaths.

Meanwhile, the UN's top watchdog has said that countries must not trample over human rights during the battle against Ebola.

The 47-nation Human Rights Council, whose members include Ebola-afflicted Sierra Leone, said the loss of life in the epidemic was "horrifying" and lauded the "tireless efforts" of a host of players to try to defeat it.

Sierra Leone, Liberia and Guinea have scrambled to try to contain its spread, often by imposing area-wide lockdowns and quarantining people.

In a unanimous decision, the council said that it was calling upon countries to "respect, protect and promote all human rights on the basis of equality while combating the epidemic on the ground".

States, it said, must be "mindful of the human rights and fundamental freedoms of citizens of affected countries, when implementing measures to limit the spread of the virus".

It warned: "Inappropriate actions that lead to stigmatisation only serve to deepen the negative effects of the Ebola crisis on the enjoyment of human rights."

While medical experts say radical measures taken by authorities are needed, concerns have been raised that they could worsen the epidemic by heightening mistrust of the authorities and driving at-risk populations underground.

Sierra Leone began a quarantine of more than one million people yesterday in the largest open-ended lockdown in the Ebola outbreak. 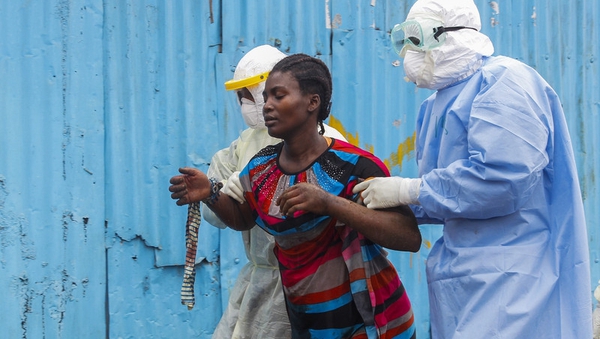