A new climate fund has received pledges of $2.3bn, including $1bn each from Germany and France, UN chief Ban Ki-moon has said, but the figure remained far below the goal.

Mr Ban, who spoke at a closing session of a Climate Summit called to build momentum for a global climate deal next year, said other countries had promised to add their contributions by November.

"Let us look back on today as the day we decided, as a human family, to put our house in order to make it liveable for future generations," he said.

Tim Gore, head of climate policy for aid group Oxfam, said that the UN summit had offered "only a partial and piecemeal response".

"After four long years, the cash is starting to land in the Green Climate Fund, albeit at little more than a trickle," he said.

French President Francois Hollande pledged $1bn at the summit yesterday, matching an earlier pledge of the same amount by Germany.

Other contributions, as compiled by Oxfam, included $100m each from Switzerland and South Korea, which is the host nation of the Green Climate Fund, as well as $70m from Denmark, $33m from Norway and $10m from Mexico.

He said that by next year, private banks would double the market for green bonds to $50bn and the insurance industry would double green investments to $82bn. 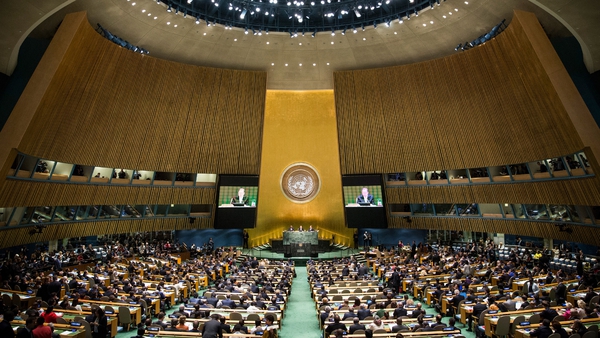