Phasing out coal as an electricity source by 2050 would bring the world half a degree Celsius closer to the UN's targeted cap for climate warming, an analysis said on the eve of tomorrow's UN climate summit.

Instead of warming of 3.7C by 2100 projected on current trends, replacing coal for power generation with cleaner renewables would yield global average temperatures about 3.2 C higher - a major step nearer the 2C limit targeted by the UN.

"In other words, phasing out coal emissions from the power sector alone would ... achieve 25% of the task of reducing warming from 3.7C under current policies to below 2C," said the analysis titled Climate Action Tracker.

Electricity generation yields about 40% of global carbon dioxide - the most abundant climate-altering greenhouse gas, and coal accounts for about 70% of that.

CAT analysed the state of government climate policies, and found they were steering the world towards global average temperatures nearly double those at the start of the Industrial Revolution in about 1750 - the benchmark for the UN goal.

If nothing is done, trends point to CO2 emissions from coal use in electricity increasing by close to 20% by 2020 and 35% by 2030, according to the analysis.

"There is a particular urgency for governments to reverse recent trends in the electricity sector, especially the increasing investment in coal," said Bill Hare, director of the Climate Analytics research organisation which co-authors the CAT.

"A major first step forward would be a strong political signal that the electric power sector needs to be decarbonised by 2050 - and that includes rapidly phasing out coal use."

Heads of state and government are set to gather in New York tomorrow for a climate summit called by UN chief Ban Ki-moon to boost political commitment to meeting the 2C target though deeper emissions cuts.

The world's nations have been arguing for more than two decades over how to share the burden of cutting carbon emissions.

Many developing countries choose coal-fired power stations to feed fast-growing populations and economies over alternative technologies such as nuclear, solar, wind or hydroelectric power that can be more expensive to erect and may require a roll-out of new infrastructure.

A separate report, by the Carbon Tracker Initiative in New York, warned of "major financial risks" for coal investors, mainly from slowing demand in China.

"With new measures to cap coal use and restrict imports of low quality coal in China, it appears the tide is turning against the coal exporters," it said.

Analysis has shown that China's coal demand "could surprise people by peaking in 2016 and then decline gradually", it said.

The CAT said gas as an alternative to coal would not provide the emissions reductions required in the electricity sector in the long term, and "only reduce warming by about 0.1C". 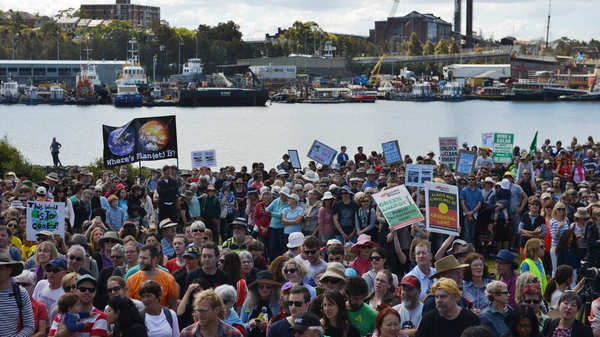