The US government has had a policy shift on the provision of bonds for illegal immigrants without criminal records who prove that they have a "credible fear" of returning to their homeland.

It has halted the process of granting bonds to women and children held at detention centres.

Homeland Security agents had allowed for the provision of bonds within 72 hours for detainees who had no criminal record and proved a "credible fear" of returning home.

Immigrants were then released to allow them to build a case for asylum.

Lawyers, representing women and children being held at a Texan detention centre say the government has for the last two months routinely argued against granting bond.

In a 15 July affidavit, the Department of Homeland Security argues against these releases.

Lawyers representing the migrants say that since then, the affidavit has been submitted at nearly all bond hearings before immigration judges.

The New Mexico detention centre is one of several set up to house women and children who have surged across the border to escape the poverty and gang-related violence of Guatemala, Honduras and El Salvador.

Department of Homeland Security Deputy Secretary Alejandro Mayorkas denied at a news conference last week that the department was uniformly opposed to the release of Artesia detainees.

He said the administration was reviewing its bond approach.

More than 66,000 parents travelling with their children have crossed the southwest US border in the 11 months ending 31 August.

These figures are up from 12,908 over the same period the previous year.

Women among these parents are held at Artesia with their children.

President Barack Obama has come under pressure from Hispanic American supporters who assail a policy of deporting Central Americans.

Some have dubbed him "deporter in chief" and warned of the violence deportees will face on their return home.

A Reuters/Ipsos poll last month found that 70% of Americans believed that immigrants threatened the country's beliefs and 63%  that they burdened the economy. 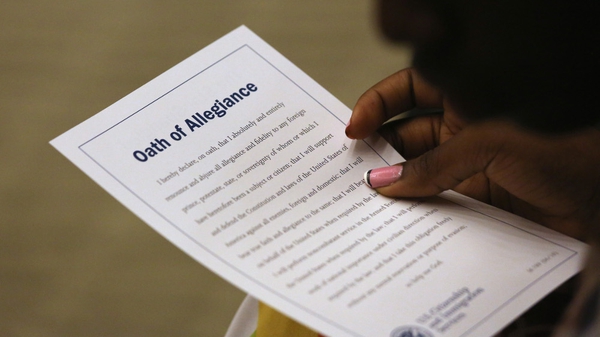