Minister for Health Leo Varadkar has said he does not mind being "slapped down or scolded" by Taoiseach Enda Kenny over his comments on the Budget.

Mr Varadkar had said people would be €5 or €10 better off weekly after the Budget, prompting a rebuke from Mr Kenny that details of a Budget are not discussed before the Cabinet make their decisions collectively.

Speaking today, Mr Varadkar said: "I don't mind being slapped down or scolded.

The Taoiseach said there is a very clear rule in place for many years that details of a Budget are not discussed before the Cabinet make their decisions collectively.

He said it wanted to make it clear again that the Cabinet has not made decisions on the detail of the Budget and he said he wanted everyone to understand that.

The Taoiseach added that comments can lead to assumptions and views that the Cabinet have not been signed off on.

Mr Varadkar responded to reports that he apologised to the Taoiseach in connection with his remarks on the Budget.

He said: "No, that's not quite the case, the Taoiseach was very clear that he doesn't want ministers to be speculating about the details of the budget - and he's totally right about that.

"But at the same time, I'm the Minister for Health, I believe I have a responsibility to defend the health services, and I'm going to continue to do that.

"As well as that, I am very committed to health sector reform, but that has to happen in a way that is workable and deliverable, and I think the Taoiseach understands that very well."

Asked whether he regretted  his comments that people would be better off by €5 or €10 in the Budget, Mr Varadkar said he did not want to speculate about the Budget.

Responding to comments made by Mr Varadkar yesterday, Minister for Finance Michael Noonan said Mr Varadkar was trying to communicate that there is very little scope in the Budget for tax relief.

He said Mr Varadkar's comments were illustrative rather than predictive of what might be in the Budget.

Elsewhere, the Sinn Féin President's constituency of Co Louth is the setting for his party's "think-in" with 150 elected representatives and staff.

Gerry Adams will address his party and the media this morning.

A number of workshops will be held over the next two days with a focus on economic, health and education policies, and also the situation in Northern Ireland.

Electoral strategy is high on the agenda with a discussion on campaigning priorities and another entitled "preparing to govern". 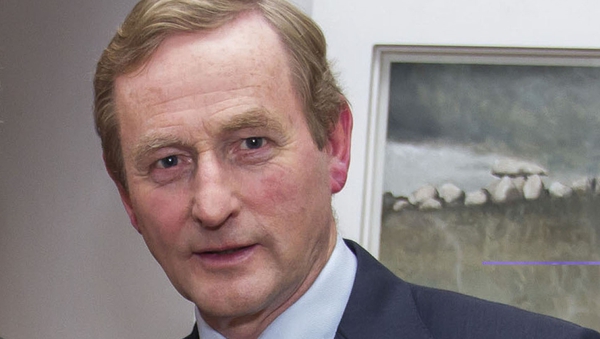 No decisions made on Budget - Kenny