Taoiseach Enda Kenny has said no decision has been made about the upcoming Budget and the Government will make collective decisions about cuts and changes.

His remarks come after Minister for Health Leo Varadkar said people will be €5 or €10 better off weekly after the Budget.

Mr Varadkar also said he could not say when free GP care for under-sixes would be in introduced.

Mr Kenny said he is "always amused that it's so easy to produce 300 pages of recommendations as to why things can't be done" but he is more interested in achieving Government policy.

Mr Kenny said that Mr Varadkar would "reflect upon the advice given to him and in accordance with Government decisions".

He said Mr Varadkar will bring his recommendations to Government "not before too long with, hopefully, indicative deadlines as to when these can be achieved."

Earlier Mr Varadkar said the timeframe for reform of the health service was overambitious from the start.

Speaking on RTÉ's Morning Ireland, the minister said it would not be possible to get rid of the Health Service Executive structure this year.

Mr Varadkar said he wanted to concentrate on reforms that will improve GP practices and building and developing hospital groups.

The minister said the overrun in healthcare spending by €500m was due mainly to a significant increase in the number of people using the services this year.

He also said he could not put a deadline on when free GP care for children under six would be available.

When asked if it would be in place as promised by the end of this year, he said: "I can't say that for certain.

"That depends on how the talks and negotiations go with the IMO. It is very important to me that we bring GPs with us.

"This is a huge opportunity to put resources back into general practice, I hope they see that, and as well as that it's an opportunity to change the way we provide healthcare."

Mr Varadkar said he hopes to have a report from an expert group by the end of this month looking at whether medical cards should be issued to people on the basis of their medical condition.

The minister said he would have to see what the group proposes, whether it is affordable and then discuss it in the context of the Budget.

He also said the issue of tax relief on health insurance was an issue for the Minister for Finance Michael Noonan.

Budget will be 'broadly neutral' - Howlin

Elsewhere, Minister for Public Expenditure Brendan Howlin has said the upcoming Budget will be broadly neutral.

The minister said expenditure on new priorities will have to be met by savings in other areas and any reduction in tax will be accompanied by increases elsewhere.

Speaking on RTÉ's Today with Seán O'Rourke, Mr Howlin said there is no scope for a giveaway Budget.

He said a few months ago the Government was faced with making cuts of more than €2bn, but that has changed because of the recovery in the economy.

Mr Howlin said the Government does not yet know what new level of adjustment will be made in the Budget, as final tax receipts are still unknown and expenditure is still being managed. 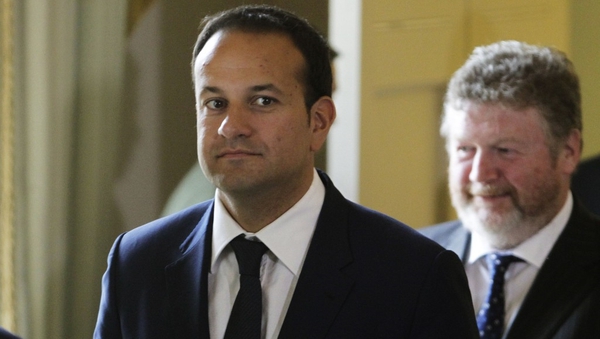