The United States, Britain and France have condemned a video released by Islamic State militants purporting to show the killing of a second American journalist.

The video reportedly shows a masked man beheading Steven Sotloff, who was abducted in Aleppo in Syria in August last year, according to the private terrorism monitoring group SITE.

The masked militant condemns US attacks on the Islamic State and introduces a second captive, identified by name and said to be British.

"I'm back, Obama, and I'm back because of your arrogant foreign policy towards the Islamic State," the militant says, in apparent reference to a previous video in which US journalist James Foley was murdered.

The US State Department says it is "sickened" by the video, adding that the intelligence community is working to authenticate the video.

Mr Sotloff was recently shown in a jihadist video in which Mr Foley was executed.

In that video the militant threatened to kill Mr Sotloff next if the US continues its aerial campaign against the insurgency. 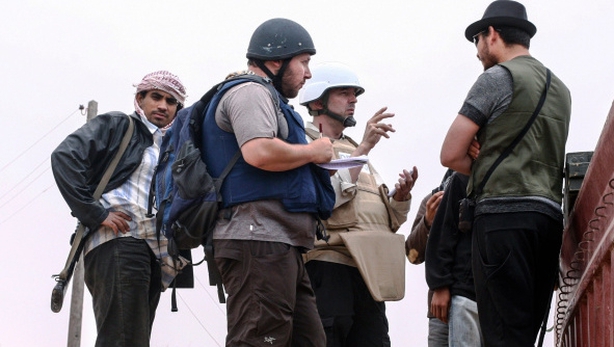 British Prime Minister David Cameron has condemned the video describing it as "despicable".

"If verified, this is a despicable and barbaric murder," Mr Cameron said in a statement.

He said he would hold a Cobra emergency meeting tomorrow to "review these latest developments".

Mr Cameron said the British government would do all it could to protect its people from the jihadists.

Elsewhere, France's President Francois Hollande spoke of his "horror" following the release of the video.

In a statement, Mr Hollande said, "This barbaric act, following the assassination of another journalist James Foley reveals the despicable nature" of the Islamic State.

He added that the "jihadist" movement "knew only terror". 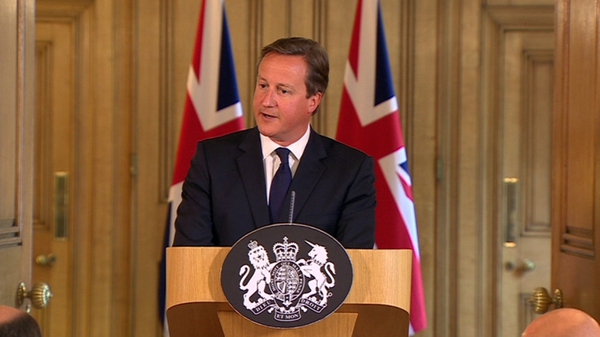