British Prime Minister David Cameron has said Islamic State poses a "greater and deeper threat to our security than we have known before".

Mr Cameron was speaking in Downing Street as the terror threat to the UK was raised from "substantial"' to "severe".

This means that a terrorist attack is "highly likely", although British Home Secretary Theresa May stressed that there is no information to suggest an attack is imminent.

"The increase in the threat level is related to developments in Syria and Iraq where terrorist groups are planning attacks against the West," Mrs May said.

"Some of those plots are likely to involve foreign fighters who have travelled there from the UK and Europe to take part in those conflicts."

He said legislation would be introduced so it was easier to seize jihadists' passports.

Mr Cameron said he would detail his plans in parliament on Monday to confiscate passports.

He said it will include further steps to stop people travelling, with new legislation that will make it easier to take people's passports away.

Mr Cameron said the intelligence and security services believed that at least 500 Britons had gone to fight in Syria and potentially Iraq.

Although he stressed that the British government had already taken steps to counter the threat of jihadists returning to commit atrocities, he said it had become clear that there was still a need to fill "gaps in our armoury".

Mr Cameron said the Taliban had harboured and facilitated al Qaida terrorism, but IS was effectively a state run by terrorists.

"We could be facing a terrorist state on the shores of the Mediterranean and bordering a NATO member," he added.

The US has said that it has no plans to raise terror alert levels in the United States, despite Britain's decision.

"I don't anticipate at this point there is a plan to change that level," White House spokesman Josh Earnest said, when asked whether the US government anticipated issuing a similar warning over a perceived threat from Islamic State operatives.

The gruesome murder of US journalist James Foley was "clear evidence - not that any more was needed - that this is not some far off (problem), thousands of miles away, that we can ignore".

The announcement comes against a backdrop of increasing concern about hundreds of aspiring British jihadis travelling to Iraq and Syria to learn terrorist "tradecraft", and the murder of US journalist James Foley by an apparently British killer.

Sir Bernard Hogan-Howe, the UK's most senior police officer, said Scotland Yard is prepared for an influx in case a swathe of homegrown extremists decide to return at the same time. 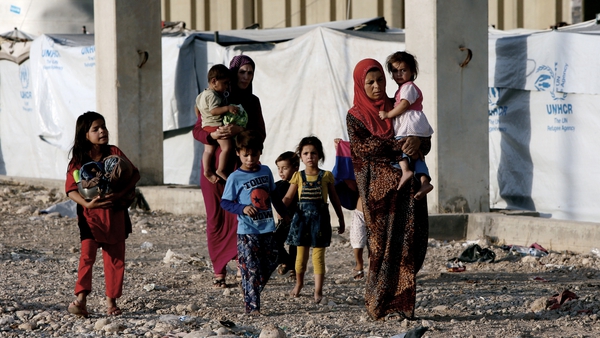