The Chief of Staff of the Defence Forces has said that, at present, the next contingent of Irish troops are due to be deployed in the Golan Heights at the end of the month.

Lieutenant General Conor O'Boyle said that these Irish soldiers are hugely experienced and fully capable, but this plan could change.

He added that the defence forces are also prepared for a troop withdrawal subject to the Government's decision and the UN review of the situation.

The situation in the Golan Heights has changed and the UN needs to reflect on that, he said.

Lt. Gen O'Boyle also dismissed reports that the Irish camp there had come under direct fire.

Minister for Defence Simon Coveney, however, said there is no question of a unilateral withdrawal of Irish troops from the Golan Heights.

He also said that while he did not want to be prescriptive, the UN's review of the circumstances in the Golan Heights could include an assessment of the weapons available and the movement of troops to safer areas closer to the Israeli border.

Forty-three Fijian troops are still being held captive by Syrian insurgents, but the minister said Irish troops could be involved in collecting them if and when their release has been secured.

The Chief of Staff said that he was very proud of the work of the Irish soldiers there, in particular their role in the rescue of Filipino troops who had been captured. 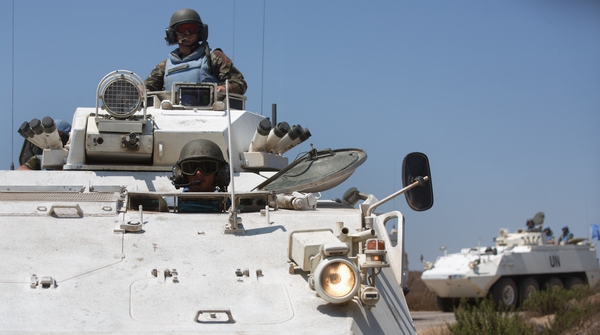