The IMNDA has said that it is committing 25% of all the funds generated as a result of the challenge to the MND Research Programme headed up by Professor Orla Hardiman.

The Academic Unit of Neurology at Trinity College led by Prof Hardiman is conducting research in six fields including genetic research and drug development.

The IMNDA is completely overwhelmed by the generosity of the Irish public.

In relation to the remaining 75% of money raised via the challenge, it issued a statement saying "when the dust settles we will have a consultation process with all stakeholders including the MND community to discuss the most meaningful way to use this enormous sum of money".

The IMNDA is holding its annual AGM on 6 September.

The amount raised in a little over a week via the ice bucket challenge is approaching the total amount raised by the IMNDA through its fundraising efforts last year, €1.3 million.

It spent almost €1.6 million, with over €1.1 million spent on service provision to people with motor neurone disease.

An additional €175,000 was spent on its dedicated nurse service.

When completing your #IceBucketChallenge please remember to donate to @IMNDA We did! pic.twitter.com/mxgrn6NY5h 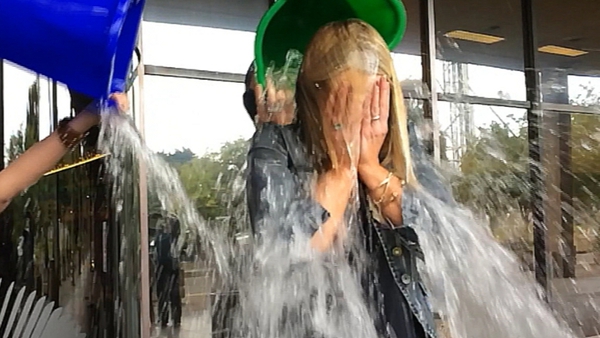 €350,000 raised for charity in Ice Bucket Challenge in Ireland