Apple has admitted that certain batteries in its popular iPhone 5 smartphones are defective and is offering to replace the faulty batteries free of charge.

The company says the devices affected were sold between September 2012 and January 2013, and carry a particular serial number.

The problem is an embarrassing admission for the firm, which often highlights the build quality of its devices as a unique selling point.

The computer giant says the issue, which causes the devices to suddenly experience shorter battery life, or a need to be charged more frequently, affects a very small percentage of the phones.

The company is urging anyone with a device exhibiting such symptoms to find the serial number by navigating to Settings > General > About and then checking whether it is eligible by inputting the number into an online checker.

If it does qualify, the battery can be replaced at Apple Authorised Service Providers, Apple Retail Stores or by contacting Apple Technical Support.

The replacement process has already begun in the US and China, and will get under way in Ireland on Friday.

According to Apple, all iPhones will be examined prior to being allowed to avail of the service to verify that they are eligible for the replacement and in working order.

The company is recommending the phones are backed up and wiped before being presented for repair.

It says any existing damage, such as a cracked screen, which impairs the replacement of the battery, will need to be resolved prior to the battery replacement.

In some cases, it warns, there may be a cost associated with the repair. 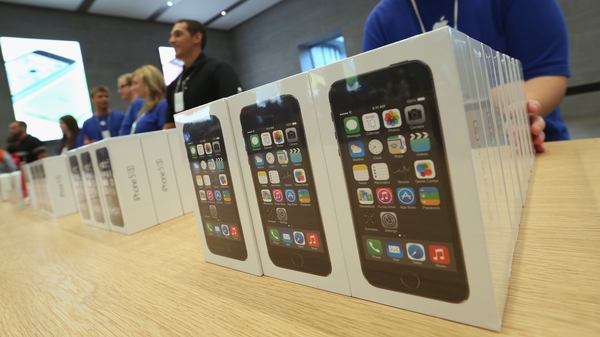