An international inquiry is under way into an embarassing error which has left two multi-million euro European satellites that were launched on Friday from French Guiana in the wrong orbit.

The European Commission has requested Arianespace and the European Space Agency to provide full details of the incident, together with a schedule and an action plan to rectify the problem.

Investigations are also continuing to establish whether or not Galileo 5 and 6, which are the first two fully operational satellites that are part of the EU and ESA's new satellite navigation system, can be retrieved and put to use.

The €5.4bn project will see 30 satellites put into orbit over the coming years, to create Europe's own civilian operated satellite navigation system.

However, during the satellites deployment phase on Friday, something went wrong which left the space crafts in an elliptical rather than a circular orbit - which may make them operationally redundant.

According to Arianespace, the company contracted by the ESA to deliver the satellites into orbit, the lift-off and first part of the mission proceeded normally.

The satellites were released according to the planned timetable, and signals were received from them, it said in a statement.

"It was only a certain time after the separation of the satellites that the ongoing analysis of the data provided by the telemetry stations operated by the European Space Agency (ESA) and the French space agency CNES showed that the satellites were not in the expected orbit," Arianespace said.

Further observations revealed that they were placed in a lower orbit than had been expected.

The company said both the Fregat upper stage rocket and the two satellites are in a stable condition and a position that poses no risk for people on the ground.

Initial analyses over the weekend revealed that an anomaly occurred during the flight phase of the Fregat, causing the satellites to be inserted into the incorrect orbit.

However, the problems have left all involved in the project red-faced, including Arianespace, the Russian manufacturers of the Soyuz rocket, the ESA and a number of other international space organisations.

Notably, nobody involved in the project is so far saying that the satellites can be repositioned.

Satellites have small rockets and a limited amount of fuel on board, so that every now and then they can be repositioned back into orbit if required.

However, space experts doubt that there may be enough fuel on board to reposition Galileo 5 and 6, and even if there is, it may shorten considerably their operational life as a result.

"Our aim is of course to fully understand this anomaly," said Stéphane Israël, Chairman and CEO of Arianespace. "Everybody at Arianespace is totally focused on meeting this objective.

"Starting Monday, Arianespace, in association with ESA and the European Commission, will designate an independent inquiry board to determine the exact causes of this anomaly and to draw conclusions and develop corrective actions that will allow us to resume launches of Soyuz from the Guiana Space Center (CSG) in complete safety and as quickly as possible."

The problems are likely to further delay the rollout of the Galileo programme, which has already been delayed by manufacturing and design problems. 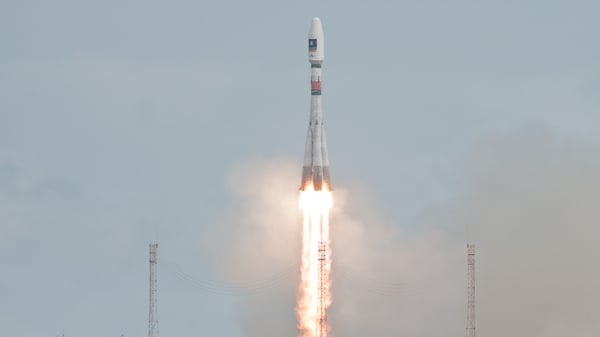