Drug use and staff shortages continue to be major issues within the Irish prison system, according to annual reports published today.

The Training Unit committee said that while it initially had grave concerns about the move, the programme was working successfully so far.

The Wheatfield committee highlighted drug use as being an issue of concern at the prison.

It said that many inmates it had seen in the past year have had problems with drugs at some stage of their lives.

It said vulnerable prisoners and visitors could be bullied, or threatened, into bringing drugs into the jail.

However, the committee found that violence and attacks on prisoners were decreasing and that in general the jail was modern, progressive and very well-run.

The Midlands committee said it had heard complaints from 34 prisoners last year.

Among the issues raised were inter-prison transfers, visitor searching, temporary release, healthcare, and loss of clothing.

The annual report for Mountjoy found that renovation in the building meant a reduction in the number of inmates on lock-up for excessive periods of time.

But there were still 30 prisoners confined to their cells for 20 hours per day and a further ten confined for a period of 19 hours.

The committee said a shortfall in staffing numbers at the prison's library was having a negative impact. It said prisoners' access to the service varied across the institution.

The members of the Castlerea committee reported that the prison was very well-run, with professional and courteous staff.

Overall, there are almost 4,000 prisoners in custody in the State.

Last Friday, the total number of inmates was 3,894, with 638 prisoners on temporary release. 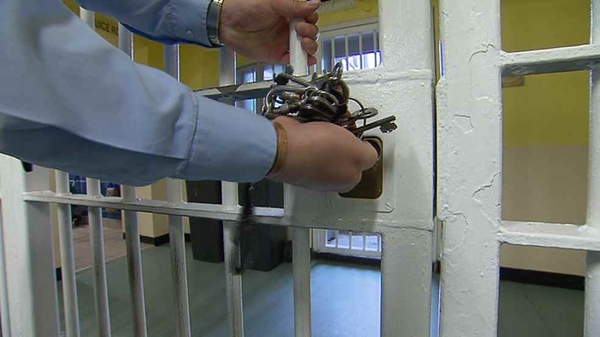