A fresh 72-hour ceasefire in Gaza has begun on the 33rd day of a conflict between Israel and Hamas that has killed more than 2,000 people.

"Israel has accepted Egypt's proposal," a senior Israeli government official said, adding Israeli negotiators would return to Cairo tomorrow to resume indirect talks with the Palestinians if the truce held.

The Israeli team had flown home on Friday before a previous three-day truce expired and hostilities in the conflict resumed.

In a statement, Egypt's Foreign Ministry urged "both sides to exploit this truce to resume indirect negotiations immediately and work towards a comprehensive and lasting ceasefire agreement".

Earlier, Prime Minister Benjamin Netanyahu said "Israel will not negotiate under fire" and warned of a protracted Israeli military campaign in Gaza if rocket salvoes continued.

Hamas has demanded an end to Israeli and Egyptian blockades of the coastal territory and the opening of a Gaza seaport - a project Israel says should be dealt with only in any future talks on a permanent peace deal with the Palestinians.

Hamas spokesman Sami Abu Zuhri said negotiations during the new truce would be "the last chance" for a deal.

Earlier, a Palestinian rocket launched from Gaza landed in an open field in the Sderot area in Israel, causing a fire.

Israeli air strikes and shelling killed three Palestinians in Gaza, including a boy of 14 and a woman.

Since the last ceasefire expired, Palestinian rocket and mortar salvoes have focused on Israeli kibbutzim, or collective farms, just just across the border in a strategy, which appears to be aimed at sapping the Jewish state's morale without triggering another ground invasion of Gaza.

Though Israel's Iron Dome rocket interceptor does not work at such short ranges - a version called "Iron Beam" is being developed to shoot down mortars - there have been few casualties, largely because as many as 80% of the border kibbutzim's 5,000 residents fled before last week's ceasefire.

Some said they would not return to their communities, which have long been symbols of Israel's pioneering spirit - an abandonment likely to raise pressure on Mr Netanyahu.

Israel said it was prepared for protracted military action in Gaza.

A month of fighting has killed 1,910 Palestinians and 67 Israelis while devastating wide tracts of densely-populated Gaza. 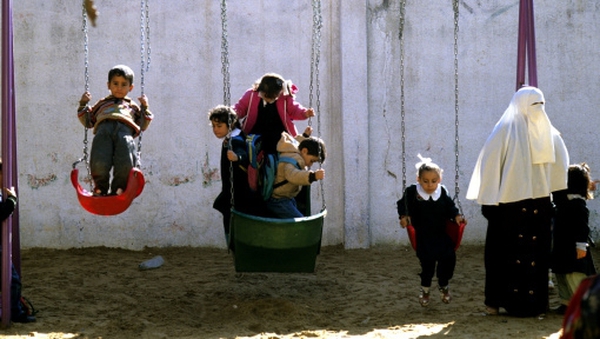