The rather choosy animals at Moscow Zoo have fallen victim of Russia's ban on food imports from Europe.

Keepers at the zoo, one of Europe's oldest, have been sent scrambling to adjust the menus for its animals, which rely heavily on Dutch vegetables and Polish apples.

The apples are a particular favourite of the zoo's bears, the animals that symbolise Russian virility and independence.

With fears of rising food prices hitting poor Russians, the animals have become the first to be caught in the crossfire of the tit-for-tat sanctions war with the West over Russian involvement in Ukraine.

Russian Prime Minister Dmitry Medvedev announced the embargo on most food imports from the EU, the US, Australia and Canada yesterday, including imports of beef, pork, fruit and vegetable produce, poultry, fish, cheese, milk and dairy products.

"In general we use imported products for the animals for a variety of reasons, including their preferences as well as cost," Moscow Zoo spokeswoman Anna Kachurovskaya told AFP.

"We are looking at what we can do, but it is not going to be easy."

Russian officials have voiced confidence that new suppliers for most imported products can be found, although certain items may be difficult to replace quickly.

Ms Kachurovskaya said the zoo was concerned in particular about finding new suppliers for fish and fresh fruit and vegetables, in particular celery and apples.

"A lot of the animals eat apples and we bought Polish apples which were of good quality and inexpensive," she said.

The zoo, which has more than 150 wild animals, celebrates its 150th anniversary this year. 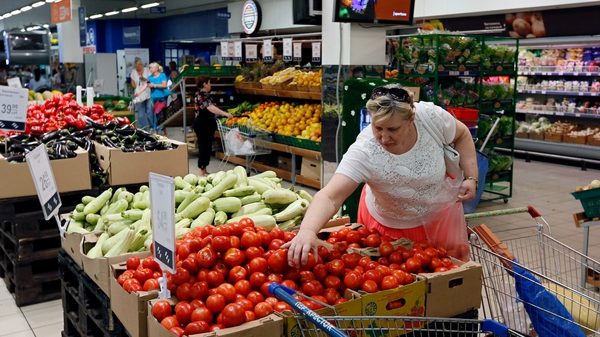