The Chief Executive of Bord Bia has said about €70m worth of Irish exports will be affected by a one-year ban imposed by Russia on imports from the EU and other countries.

The ban is in response to sanctions against Russia for its role in the conflict in Ukraine.

Speaking on RTÉ's Morning Ireland, Aidan Cotter said Ireland was facing into a period of uncertainty in the short-term as well-established trading patterns were disrupted.

He said: "We're left with about €70m worth of exports that are affected by the latest sanctions that have been imposed by Russia.

Mr Cotter said, however, that a little over €100m worth of exports to Russia were not affected.

He said about 12 processing plants in Ireland in the dairy, seafood and beef sectors had already had temporary bans placed on them by Russia before these latest restrictions.

Mr Cotter said: "Adjustments will have been taking place in recent weeks and months because 12 processing plants in Ireland in the dairy, seafood and beef sector had already temporary bans placed on them by Russia.

"So some exporters will already have been seeking out alternative outlets in that period." 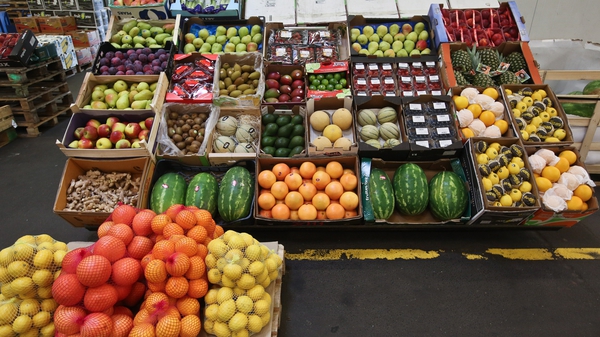