Russia is to ban fruit, vegetable, meat, fish, milk and dairy imports from the EU, US, Australia, Canada and Norway.

Russian Prime Minister Dmitry Medvedev said the ban is valid from today and will last for one year.

He said: "There is nothing good in sanctions and it wasn't an easy decision to take, but we had to do it.

"Of course this is a serious decision for the suppliers of such foods from these countries."

Mr Medvedev said the ban will not cover baby food.

People will still be able to buy the banned products abroad if they want, but he warned those who try to profit from reselling them will be "harshly punished".

Mr Medvedev also said Russia is considering a ban on transit flights for EU and US airlines to the Asia-Pacific region.

The decree was signed by Russian President Vladimir Putin, who last night ordered his government to come up with a list of goods to be banned.

The moves are in response to the latest round of penalties imposed by the US and the EU on Russia over its actions in Ukraine.

The EU has said it is disappointed with the Russian sanctions and said they are "clearly politically motivated".

It said it reserves the right to "take action as appropriate" against Russia in response to the import ban.

Ireland's agricultural exports to Russia in 2013 were worth €235m.

Speaking on RTE's News at One, Eddie Downey said food was too important to be a "political football".

He said the sanctions would be felt by Irish farm families.

Mr Downey said 90% of Irish produce was exported and the political system needed to keep every market open to food producers.

Minister for Agriculture, Food and the Marine Simon Coveney earlier said Russia's decision to impose trade sanctions on EU countries is not a surprise.

Speaking on RTÉ's Morning Ireland, Mr Coveney said it was a "wait and see" process.

He said: "We know that all agricultural products from the US will be banned.

"We know that probably EU fruit and veg will be targeted in particular, and ... we think certain dairy products will also be targeted.

"I think the big worry in Ireland will probably be cheese.

"Last year, we exported about €4.5m worth of cheese to Russia and I think that would be a real worry for us."

.@EU_Commission says it reserves the right to "take action as appropriate" against Russia in response to ban of EU imports.

Russia had been a very strongly growing market for Irish food exports, with total exports of food and drink to Russia growing six-fold between 2009 and 2013.

Prepared foods account for roughly half of Ireland's total food exports to Russia.

The Irish Creamery Milk Suppliers Association said Irish milk suppliers are never happy to see markets being closed, but it recognises the importance of the EU acting together.

The Food and Agriculture Organisation of the United Nations said it expects the Russian embargo will likely have a limited effect on food prices globally.

Bord Bia said it has established a dedicated support unit to assist companies with regard to the trading situation with Russia. 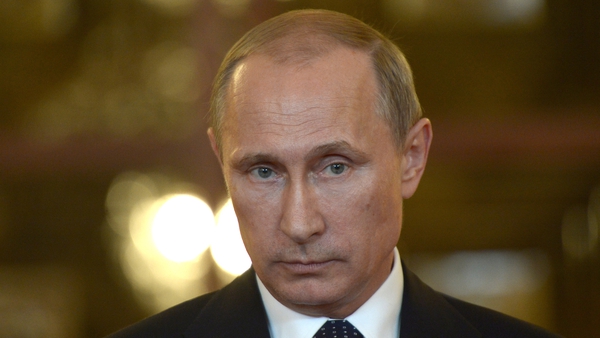