A senior UN official has warned an emergency meeting of the UN Security Council that the humanitarian situation in eastern Ukraine is steadily deteriorating.

John Ging, who is Director of Operations for the UN Office for the Coordination of Humanitarian Affairs, said the violence resulted in the cutting of power and water supplies.

Mr Ging said it had forced health workers and thousands of residents to flee the region.

He told the meeting the violence would put the lives of more people at risk and "immediate action" was needed.

At least 1,367 people have been killed and more than 4,000 wounded in the fighting in eastern Ukraine since mid-April, according to UN officials.

Russia called for urgent measures at the meeting to ease the humanitarian crisis in eastern Ukraine.

However, it was bluntly told by the US that it bore responsibility for the suffering.

Russia's appeal came amid a sharp rise in the number of refugees fleeing fighting in the east of the country, with 58,000 people driven from their homes over the past month alone.

"When addressing the humanitarian situation, we cannot lose sight of one underlying fact: Russia can stop all of this," US Deputy Ambassador Rosemary DiCarlo told the council.

"The surest way to end the violence is for Russia to stop the flow of fighters, weapons and money from Russia into eastern Ukraine."

Russian Ambassador Vitaly Churkin described the situation in east Ukraine as "disastrous" and accused the Ukrainian government of ignoring the plight of civilians.

He called for a humanitarian mission to be carried out by UN agencies.

"Russia calls on the international community to take emergency measures to improve the humanitarian situation in the east of Ukraine," said Mr Churkin.

Responding to the appeal, the US deputy ambassador said UN agencies were already on the ground and working to help civilians who have been left without clean water, electricity and medical aid.

Russia and the US have repeatedly clashed over the conflict in eastern Ukraine, with the US accusing Russia of backing the rebels who have taken arms against the Ukrainian government. 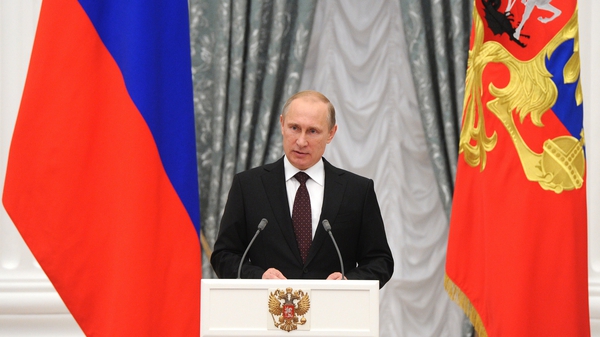