A 72-hour Gaza truce has held through its second day and Israel has said it is ready to extend the deal.

An Israeli official said Israel "has expressed its readiness to extend the truce under its current terms" beyond a Friday deadline for the three-day deal that took effect yesterday.

However, a senior Hamas political leader based in Cairo, Moussa Abu Marzouk, said on Twitter tonight that "there is no agreement" to prolong the ceasefire.

"Extending the 72-hour calm for another period was not discussed (with Hamas in Cairo today)," said Sami Abu Zuhri, the Hamas spokesman in Gaza.

The fragile ceasefire continues as Israeli and Palestinian delegations gather for talks in Cairo.

Egypt is hosting three-day indirect talks between Israel and a senior Palestinian delegation in an attempt to draft a permanent truce.

Egypt's intelligence chief met the Palestinian delegation this morning, a day after he conferred with Israeli representatives.

The Palestinian team, led by an official from Western-backed President Mahmoud Abbas's Fatah party, includes envoys from Hamas and the Islamic Jihad group.

"The indirect talks between the Palestinians and Israelis are moving forward," one Egyptian official said.

"It is still too early to talk about outcomes but we are optimistic."

The Cairo talks come before envoys from all 193 countries of the United Nations meet in New York later to hear senior officials report on the crisis in Gaza.

The meeting of the UN General Assembly was requested by Arab countries.

Calm was restored in Gaza yesterday morning after Israel and Hamas accepted the ceasefire brokered by Egypt after more than four weeks of fighting that has killed 1,867 Palestinians and 67 Israelis, including three civilians.

The ceasefire came into effect at 8am yesterday, when both Israel and Hamas held fire.

Israel withdrew its troops to what it called defensive positions outside of Gaza as the truce approached.

Hamas demands an end to the Israeli-Egyptian blockade on Gaza and the release of prisoners. Israel has resisted those demands.

"For Israel the most important issue is the issue of demilitarisation. We must prevent Hamas from rearming, we must demilitarise the Gaza Strip," said spokesman Mark Regev.

US Secretary of State John Kerry told the BBC the lifting of the blockade could be linked with Hamas giving up its rocket arsenal.

"What we want to do is support the Palestinians and their desire to improve their lives and to be able to open crossings and get food in and reconstruct and have greater freedom," Mr Kerry said.

"But that has to come with a greater responsibility towards Israel, which means giving up rockets, moving into a different plane," he said.

A delegation of Arab foreign ministers, including those from Egypt and Jordan, will visit Gaza "soon" in a show of support for Palestinians, Arab League chief Nabil al-Arabi said.

The ministers will also assess reconstruction needs in the battered enclave after nearly a month of fighting between Israel and Hamas, Mr Arabi added.

Elsewhere, a list of the names of 373 children, some just a few months old, killed in the conflict has been published in many British newspapers today.

Charity Save the Children took out the full-page advertisements, saying it wanted to remind "the world of the urgent need to push for a permanent ceasefire".

Save the Children Chief Executive Justin Forsyth said the deaths of almost 400 innocent children over the last four weeks, according to the latest statistics compiled by the United Nations, are "an outrage".

"To see the names of the children, some as young as a few months, written in stark black and white brings home the tragedy that has befallen Gaza's children," he said.

"One child's death is too many; 373 is an outrage that is a stain on the world's conscience.

"We condemn all indiscriminate attacks on civilians in Gaza and Israel and by publishing these names, we are reminding the world of the urgent need to push for a permanent ceasefire. We must ensure that no more young lives are needlessly sacrificed." 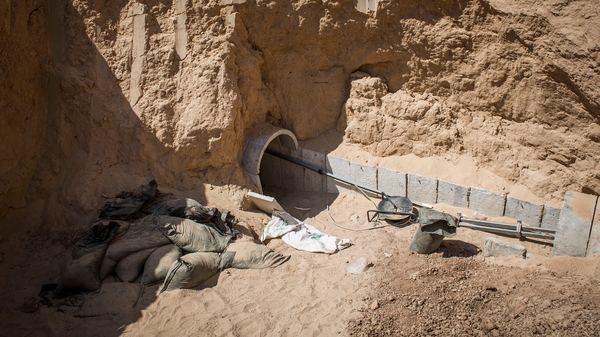 Israelis and Palestinians in Egypt for talks on long-term ceasefire